My Summer with Sika

A journey that took us through 26 states and visited 100 job sites. The trip has left us with great moments and so many memories! We'd like to thank all of the wonderful people we met along the way, from NJ to LA, who embody, so well, this Steve Jobs quote: "The only way to do great work, is to love what you do."

Hoboken, NJ - To kick off our road trip, we stopped at Stevens Institute of Technology. Funny enough, out of all the construction projects in the country that use Sika products we chose to start at the place that I just spent my four years of college. As you walk down Hudson Street, the 80 year old building may be easy to overlook, but it's actually a renowned marine research laboratory. 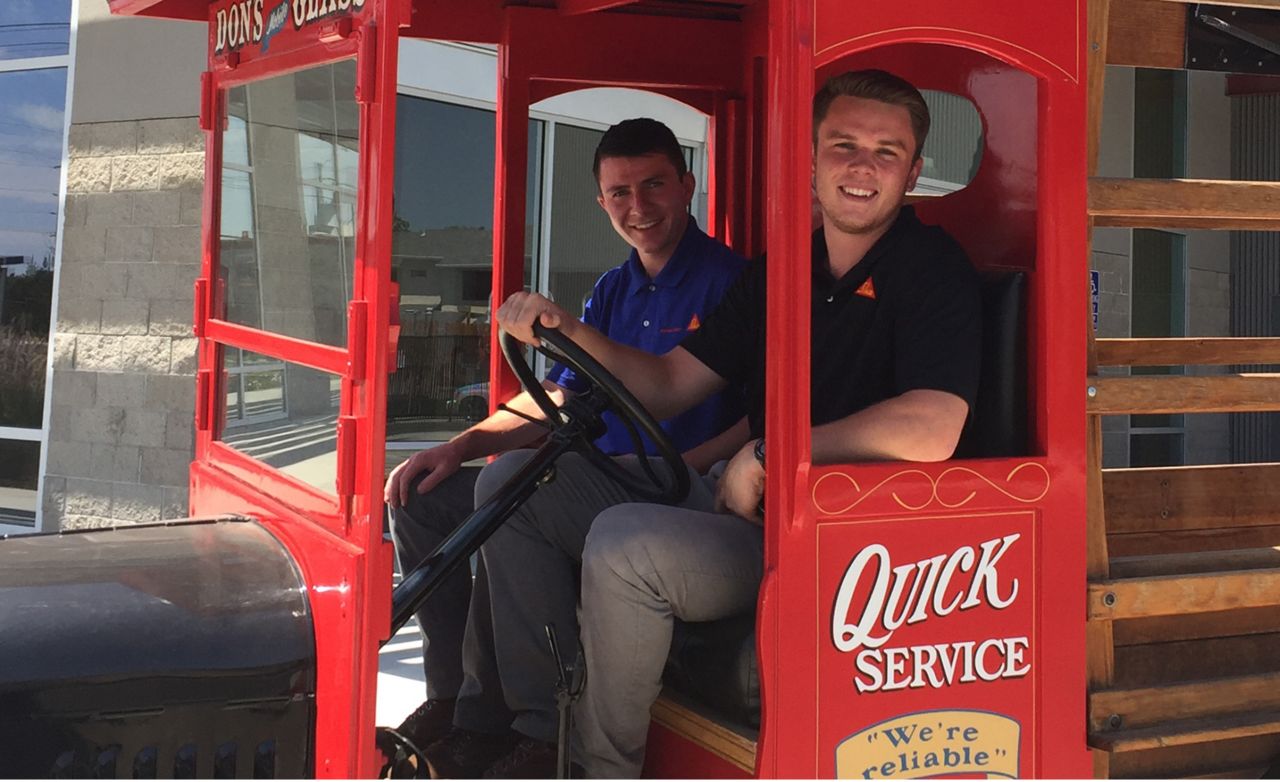 Sika Sarnafil products were also used in Steven's winning eco-friendly house design in the U.S. Department of Energy Solar Decathlon. The winner of the competition is the team that best blends affordability, consumer appeal, and design excellence with optimal energy production and maximum efficiency.

Miami Beach, FL - For the shops in Bal Harbour on Miami Beach ambience is everything. When Roy Cisemeros' wood floor contracting company was the first contractor in the mall 10 years ago, shopkeepers took note. They used Sikabond T-35 and Sika Primer MB to make his customer's designs come to life.

Customers will often submit a sketch or an idea to the company with specifications to match their store's design. In one instance, Stella McCartney, daughter of Paul McCartney, gave Roy a print of her idea of a perfect floor. After cutting and staining each piece of wood to meet her need, and using Sika products to bind it all together, eight years later the floor still looks brand new.

Another challenge involves maintaining a consistent look across a floor in both high traffic and low traffic areas. As some designs are more prone to wear. This company offers a maintenance program to manage upkeep. This program mostly involves using a scrubber and re-applying a topcoat of hard wax oil. Roy explained that boards rarely need to be replaced due to the effectiveness of SikaBond T-35. In IWC Schaffhausen the high traffic area was indistinguishable from the low traffic area after four years. The store owner mentioned to us that the floor "has received a lot of compliments." It will be interesting to see how Roy will continue to use SikaBond T-35 in construction his remarkable wood floors.

Malibu, CA - Architect John Jennings from Dry Design is re-purposing an AT&T radio tower in Malibu, California. Converting to a business venue, the tower will be rented out for different functions. A few miles along a winding Malibu road off of the Pacific Coast Highway, the tower provides a fantastic view of Los Angeles County. We had the opportunity to climb this ladder with Sika's Ryan Lorenzen and the view is unbelievable. Currently, Sika products are being used to restore this tower to help provide an extraordinary experience for future events. 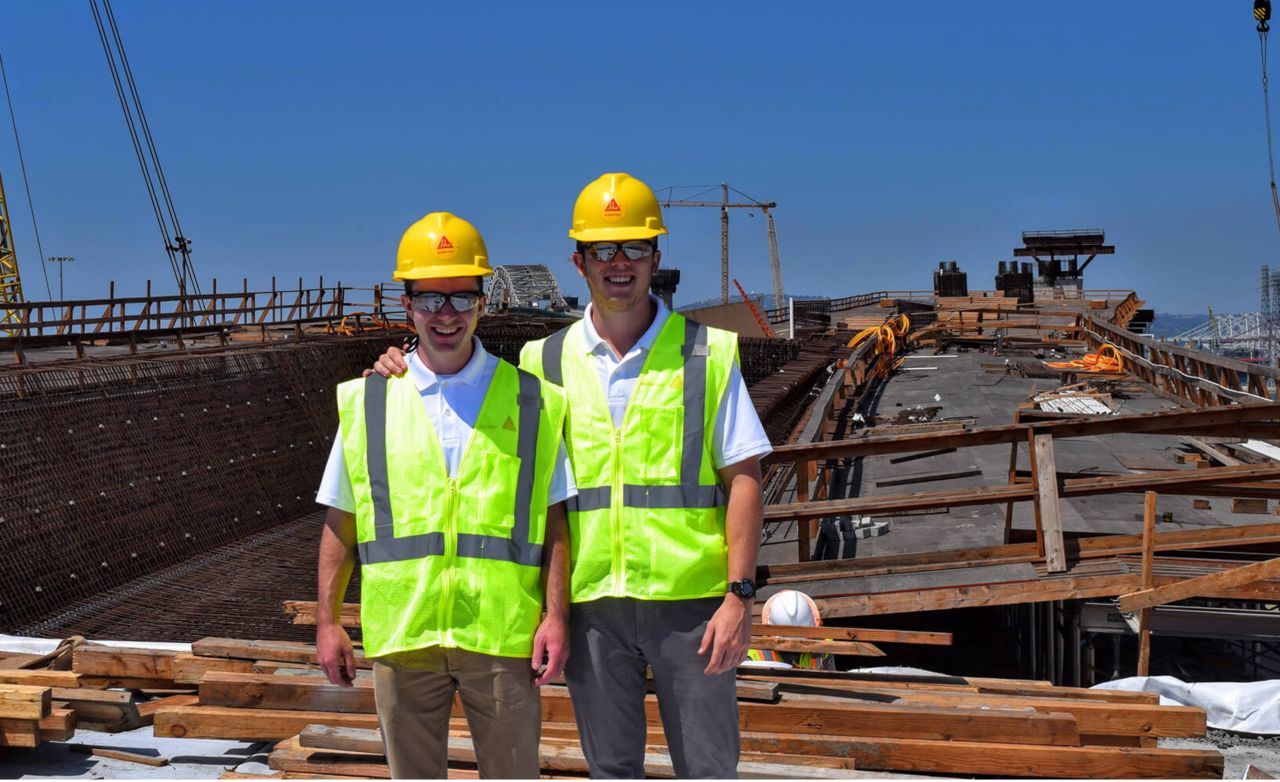 The tower plays an important role in history for telecommunication and television. In the early 1950's AT&T constructed a network of 107 microwave radio-relay towers across California and Nevada to transmit television and phone calls across the country. As technology progressed, fiber optics replaced microwaves for broadcasting signals and the technology in the towers became obsolete.Since the Malibu tower has been decommissioned, it has been shot blasted, retaining the original aggregate finish. The concrete will be coated with a clear layer of Sikagard 670W to protect this historic base.

New York City, NY - Wisko America, Inc. is waterproofing the entire New York subway tunnel from Madison Avenue to 2nd Avenue along 48th street. The New York City Subway is the longest rapid transit system in the world with 469 stations and 233 miles of tracks. The subways system delivered 1.76 billion total rides in 2015. Because the system is up to 100 feet underground, it is important to protect the structural concrete from water below the city. Wisko is installing Sika Greenstreak waterproofing products along the half-mile of tunnel, two platforms areas, and several cross-passages.

They walked us through the underground tunnel to review this exciting project. The east and west platforms at the entrance of the tunnel are nearly finished. Bruno explained to us that Sika Greenstreak geomembranes are centered over the expansion joints of the concrete. Since the expansion joints are the weakest part of the concrete, a centered membrane allows an optimal injection of epoxy if any leaks occur. Since the concrete pours are 60 feet across and the membranes are 30 feet across, each expansion joint can be perfectly covered. Sikadur is used to secure concrete supply pipes for the tunnel. The 20 inch service pipes allow concrete to be delivered from street-level.

AS THE JOURNEY ENDS...

We know this trip will stay in our memories for a very long time, and more importantly, the photos and stories are here for you to view! Again, we want to thank everyone we met along the way. They say all good things must end but, this adventure was just the beginning for us at Sika!