Last year, the eighth consensus-based sustainability standard — NSF/ANSI 347, Sustainability Assessment for Single Ply Roofing Membranes — developed through NSF for building products went into effect. It is the first standard for evaluating and certifying sustainable attributes of low slope single ply roofing membranes over their entire life cycle. As products with environmental claims continue to enter the marketplace, independent, third-party certification of products to national standards can help architects and specifiers make educated decisions about product selection. Areas covered are product design and manufacturing, membrane durability, corporate governance and innovation. NSF 347 is also the first standard that addresses the building envelope, carrying with it significant potential for improving building energy efficiency while positively impacting the quality of the urban environment. 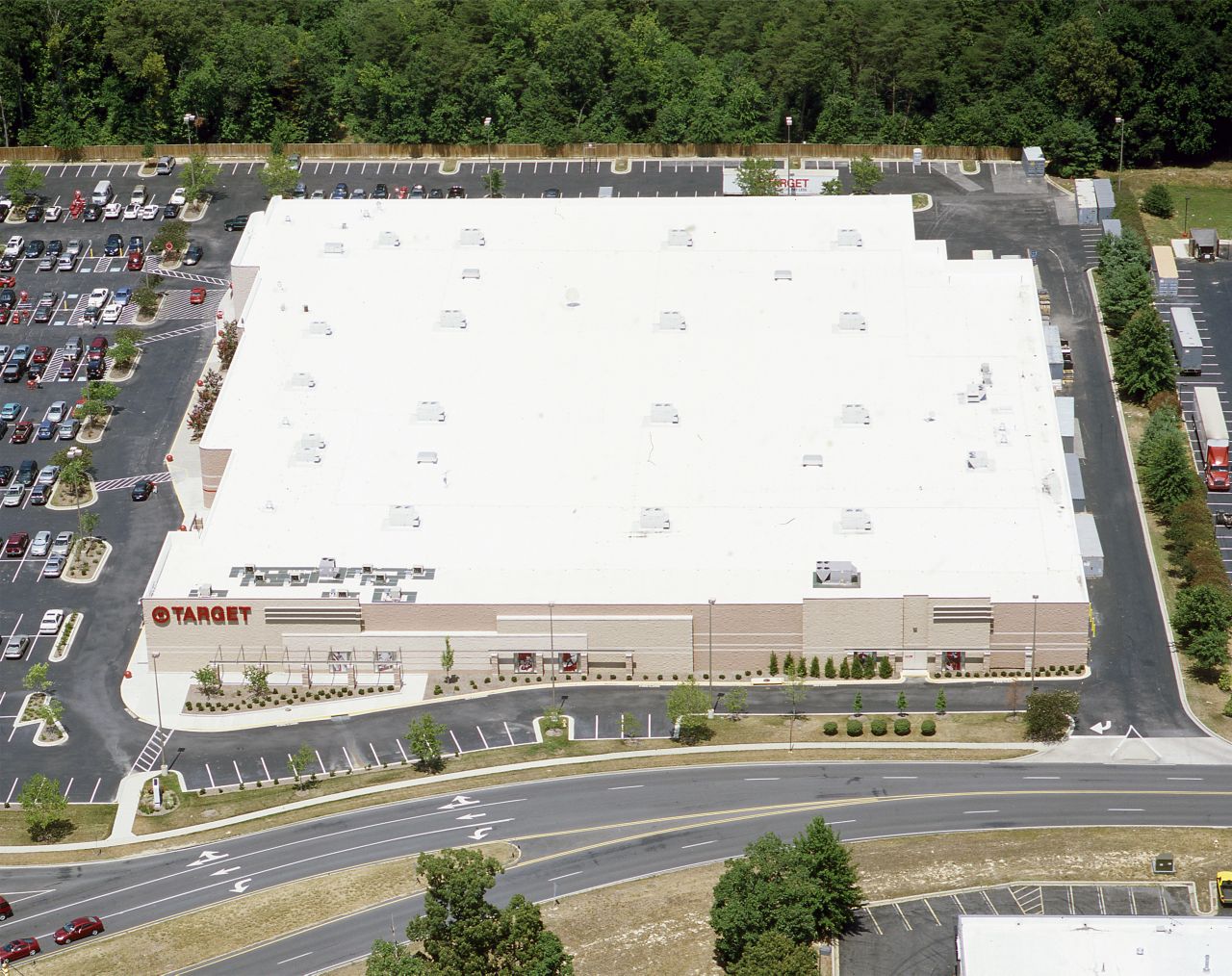 The standard development process was several years in the making, and while that was taking place, the awareness and adoption of cool white reflective roofing grew steadily within the low slope commercial roofing industry. In reality, however, light-colored thermoplastic roof membranes have been in use since the 1960s in Europe, and the 1970s in North America. Several of the companies that pioneered the introduction of these materials into the low slope roofing market continue to thrive and prosper today.

The greatest benefits of cool roofing systems come in the form of two reductions: in building cooling energy consumption and in the urban heat island effect, where the ambient temperature in a city is hotter than that of surrounding rural areas that lack dark-colored parking lots, roads and roofs. This article will discuss the first benefit.

A cool roof is defined as one that delivers high values in both solar reflectance (albedo) and thermal emittance. Unaged, light-colored roofs can reflect three-quarters of the sun’s rays — usually far more — and emit 70 or more percent of the solar radiation they absorb. This results in a lower roof surface temperature during the summer months when compared to dark-colored roofs.

However, energy savings from reduced cooling needs make these systems worthwhile in practically all climates in the U.S. and in temperate regions worldwide. Even if heating costs rise in winter, cool roofs cut summer peak use when rates are the highest, reducing the demand charge that a building pays all year on the basis of its greatest energy usage.

Lawrence Berkeley National Laboratory (LBNL) was one of the first to measure the energy savings associated with the use of cool roofs. In LBNL’s 2001 scientific study of a retail store in Austin, Texas, researchers determined that simply by switching a black-colored membrane to a white membrane, the average summertime rooftop surface temperature decreased from 168 degrees Fahrenheit on the black to 126 degrees Fahrenheit on the white. This resulted in peak hour cooling energy savings of 14 percent and overall annual energy savings of 7.2 cents per square foot. Adjusted for inflation in 2013, this would be the equivalent of 9.5 cents per square foot.

LBNL simulated the potential impact of substituting conventional dark-colored roofs with cool roofs on conditioned commercial buildings in 236 cities. Using a U.S. Department of Energy model, they determined the differences in cooling and heating energy use between dark roofs and aged cool roofs (assumed average reflectivity of 0.55) considering the local building inventory, local energy sources and other factors. 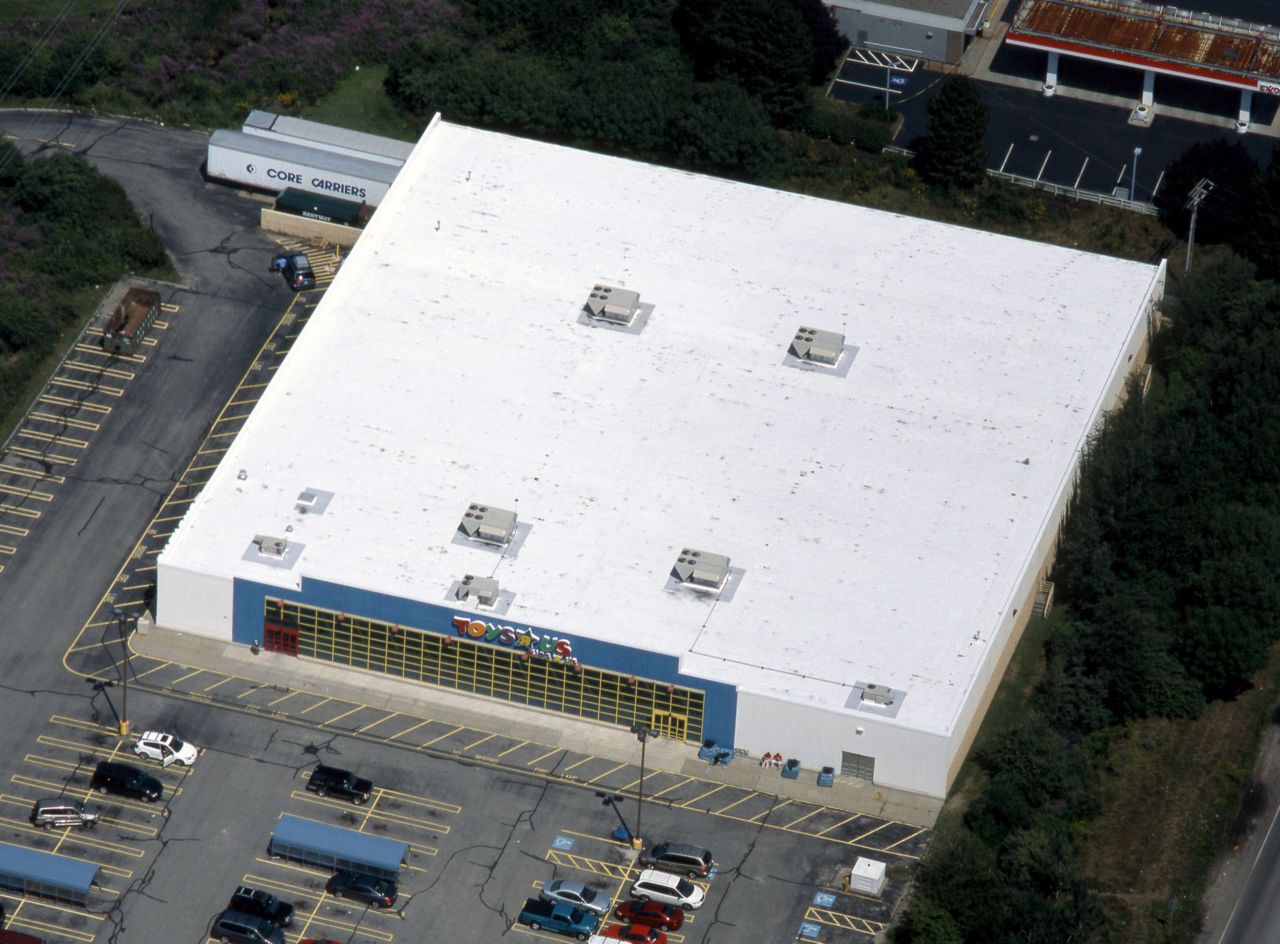 As would be expected, the greatest net energy savings were calculated for southern states such as Arizona, New Mexico and Nevada. Their modeling showed that while there could be a heating energy penalty associated with the use of cool roofs in cold climates, its magnitude was quite small. Most importantly, with the exception of the most remote locations in Alaska, the summertime cooling energy savings more than offset any heating penalty resulting in net annual energy savings.

According to the U.S. Energy Administration, buildings currently consume 76 percent of all electricity produced in the U.S. A critical point highlighted by the LBNL retail study was the disproportionate impact cool roofs have during the mid-day, peak demand hours. Since it is not feasible yet to store electricity on a large scale, electricity must be used as it is generated, leaving utilities with excess energy capacity outside of peak demand hours. However at peak times, more and more utilities struggle to keep up. As overall energy consumption increases, more utilities are charging premiums on electricity rates during peak demand hours to try and influence behavior and even out the load on the grid.

It should be noted that although cool roofs can reduce overall energy consumption, the use of a cool roof should not be used as justification for using less insulation. Designers should evaluate all available means and technologies wherever practical and cost effective to reduce building energy consumption, rather than partially substituting one approach for another.

In this vein, Oak Ridge National Laboratory (ORNL) estimated the energy equivalency of cool roofs versus non-cool roofs with additional insulation. They calculated the additional amount of insulation needed to achieve energy-equal roofing systems for new construction and retrofit. They selected one city from each ASHRAE climate zone and assigned it a default R-value for both new construction and retrofit cool roofs. Using the Simplified Transient Analysis of Roofs (STAR) model they calculated cooling and heating energy costs. They then determined the additional insulation that would be required under a non-cool roof that had only 0.10 reflectivity to produce heating and cooling costs comparable to a roof with 0.65 reflectivity.

In all climate zones, in both the new construction and retrofit scenarios, additional insulation was required under the non-cool roof to achieve the same energy performance as the cool roof. The additional insulation required to achieve energy equivalency with a cool roof ranged from R3 in Fairbanks, Alaska to R17 in Miami, with an average of R9 in new construction, R2 to R7, for the same cities respectively, and an average of R4 in retrofit.

According to the United Nations Intergovernmental Panel on Climate Change, it is anticipated that for most regions in North America a one-in-20 year hottest temperature event will likely become a one-in-two year event by the end of the 21st century. Additionally, it is projected that the one-in-20 year maximum daily temperatures will increase 4 degrees Fahrenheit to 9 degrees Fahrenheit in the same time frame. As society becomes more conscious of energy matters, the importance of reducing peak cooling demand will only increase with time.