Formerly known as the Triborough Bridge, the Robert F. Kennedy (RFK) Bridge consists of a series of elevated highways and bridges that span over three boroughs: Queens, Manhattan and the Bronx. This major thruway carries eight lanes of Interstate 278 and six lanes of NY 900G over the Harlem River, the Bonx Kill, and a strait of the East River known as the “Hell Gate”. Since opening in 1936, this series of bridges and roads currently sees over 300,000 cars pass through daily amid the three spans and continues to be a large source of revenue for New York City.

In 1916 Edward Bryne, chief engineer of the New York City Department of Plant and Structures, made plans for the three boroughs to connect and received funding in 1925. With construction underway in 1929, there were many challenges faced due to cost saving initiatives and re-engineering resulting in frequent stops on the project. Six years later, the $60 million project and one of the largest public works was finally opened on July 11, 1936 and has been in use ever since.

Due to years of constant traffic, continuous hours of operation, as well as renovations and expansions the 14 mile structure was in need of repairs. One of the main parts in need of restoration was the Manhattan-to-Queens ramp sector of the RFK Bridge, originally constructed in 1967. With a 26 month timeline to reconstruct the 54,000 square foot ramp, there was no time to waste!

Scope & Inspection of the Structure

The aforementioned Manhattan-to-Queens two lane ramp needed a full rehab that included: addition of shoulders, replacement of steel support stringers, drainage improvements and seismic upgrades, as well as removing the old concrete deck and constructing a brand new road surface. One of the main challenges to such an extensive project was preventing interruptions to daily traffic as much as possible while still remaining within the project schedule. One work around used in this instance was a temporary two lane bridge that was constructed in the open and unused space between the old ramp and the main roadway. The existing ramp could then be demolished so that new piers and steel supports could be constructed without interfering with traffic. 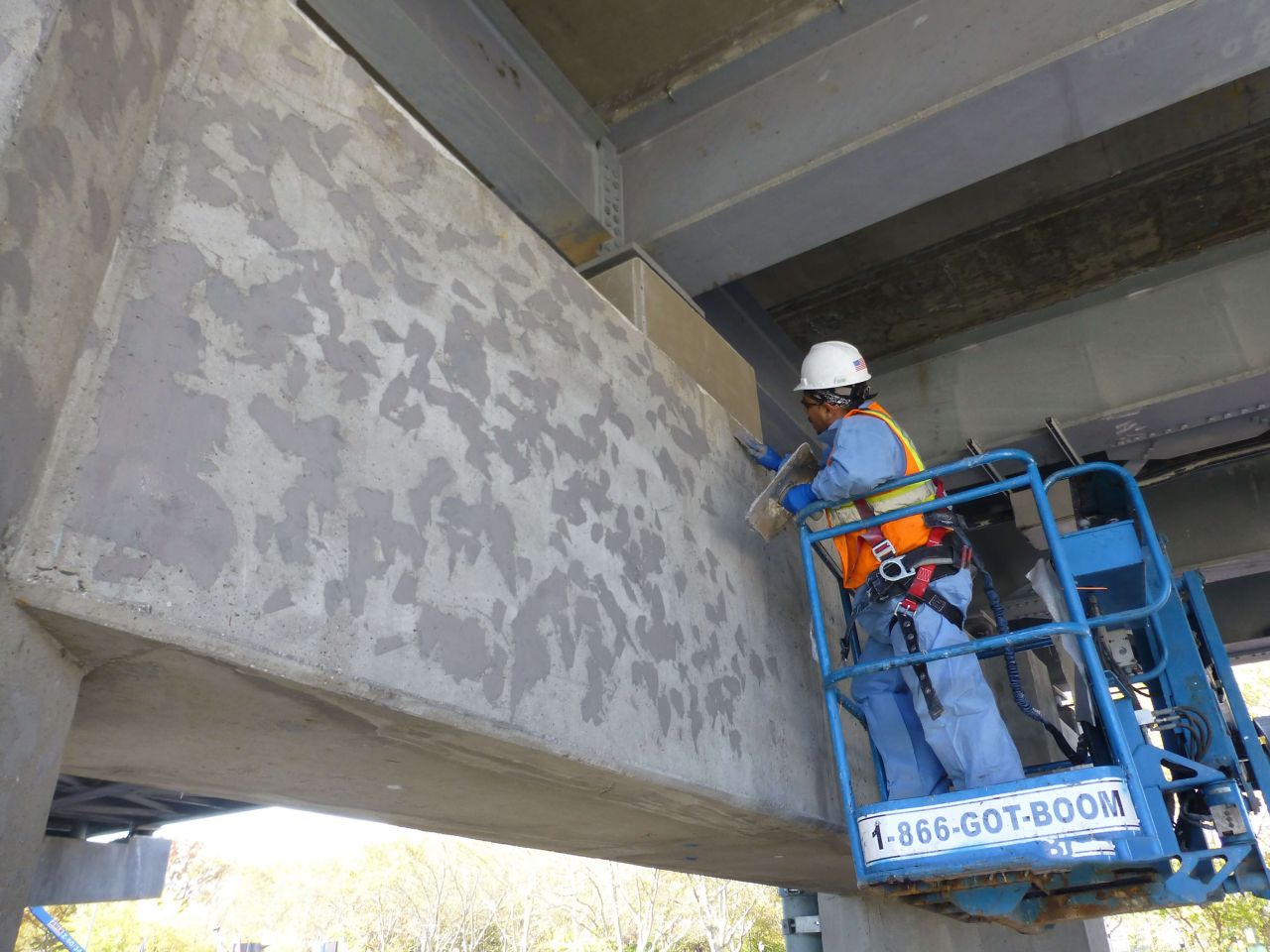 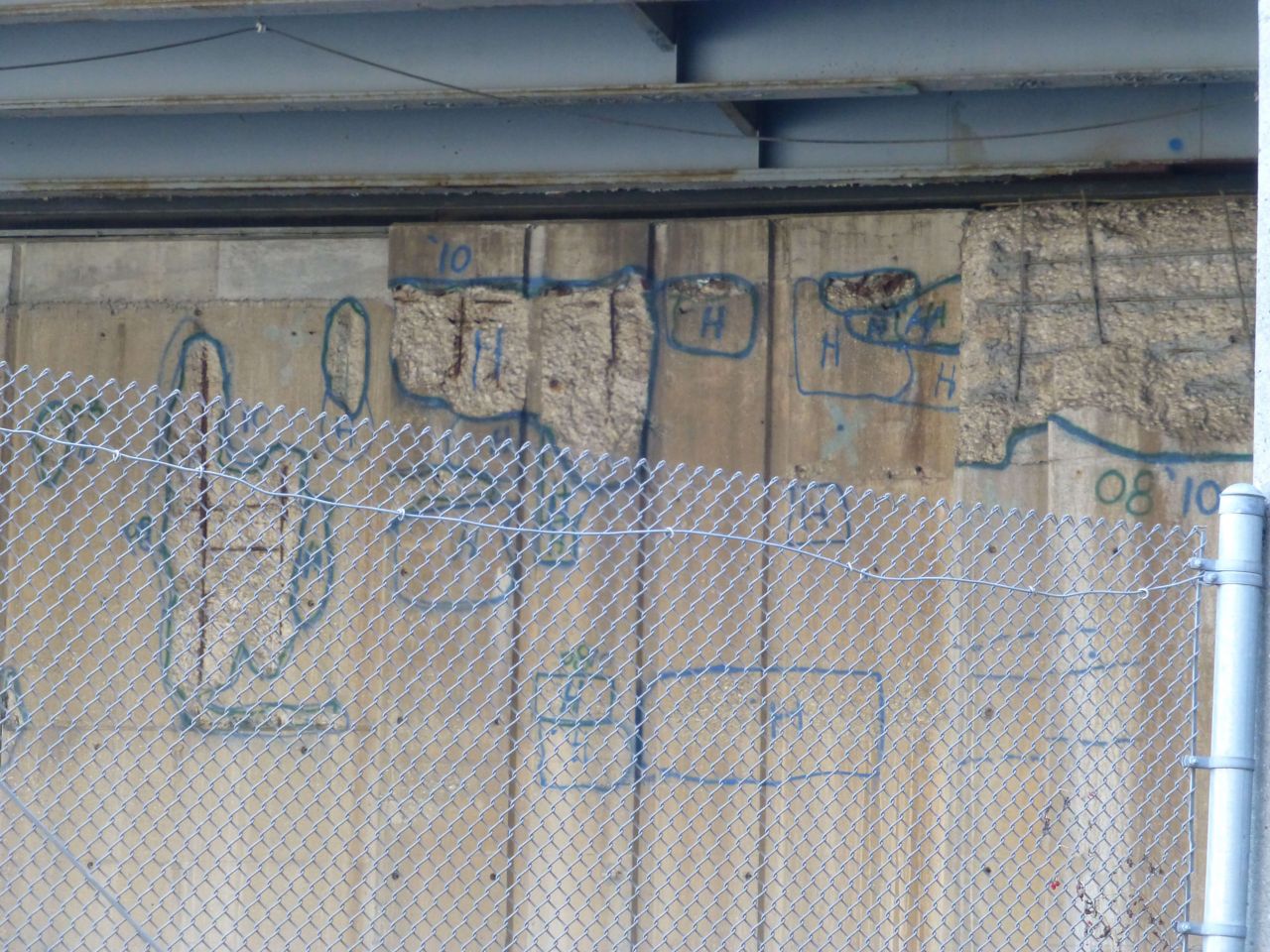 One aspect of the original scope that was changed was the joint between the mainline of RFK and the Manhattan-Queens ramp. As the project got underway, it became apparent that removing the joint would be possible if the main plaza was redesigned.

Subsequently, handling of the transition between the main plaza and the ramp was moved under the scope of a project not associated with the rehabilitation of the RFK Bridge. This change also accounted for the necessary movement areas of the ramp.

The existing piers were inspected by the engineering group and tested for chloride content and compressive strength of the concrete. First, a visual inspection was performed and any piers that did not pass the visual inspection had multiple cores taken. These piers were identified by spalling and exposed and corroded rebar. Many of the cores returned showing low compressive strengths and very high chloride content and, as a result, much of the existing concrete had to be removed.

During testing of the concrete, it came to light that seven of the eighteen existing pier caps were so far degraded that they had to be completely replaced. This was not in the original scope of work and a quick change order was negotiated to include the repair in the revised scope. The construction management company quickly went to work redesigning these pier caps and ordering the necessary formwork to facilitate brand new concrete placement. In addition to redesigning multiple caps, during demolition it was discovered that the footings on many columns were poured around a series of ducts. Without disrupting traffic, temporary supports were installed and new columns were designed and installed. 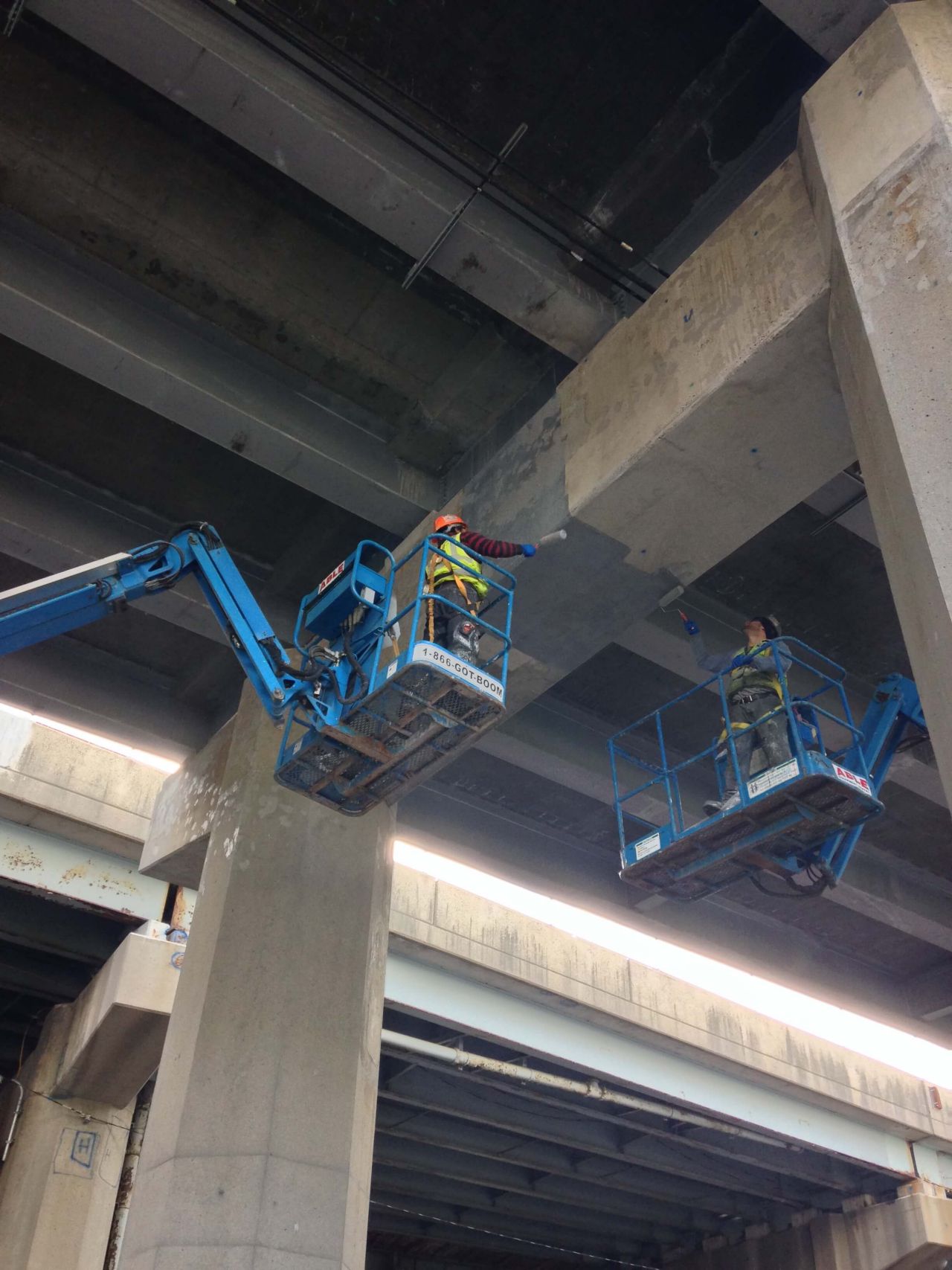 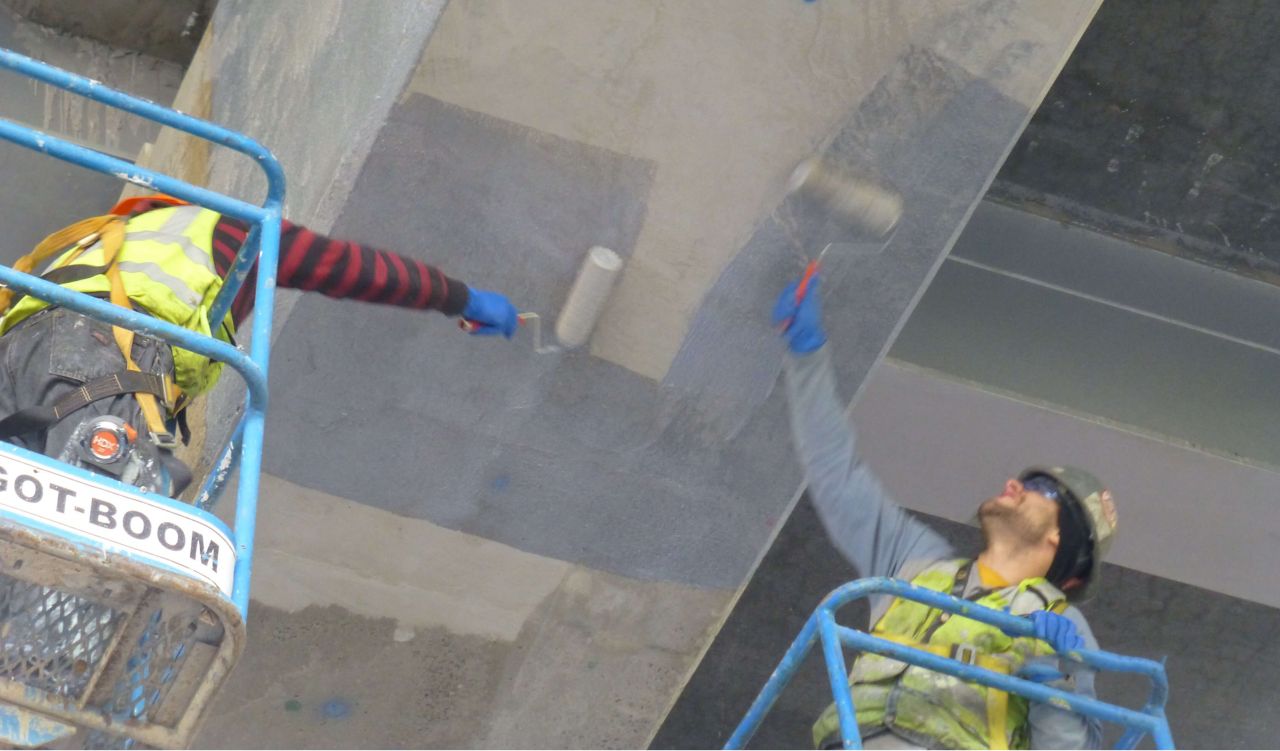 The products that were used during the project was Sikadur® 340 as a primer for SikaWrap® Hex-100G to reinforce and strengthen the bridge. Additionally, Sikagard® 670 W was used to protect the masonry substrates that are subject to normal hydrothermal movement while still being aesthetically pleasing. These products will work together to protect the RFK Bridge for the years to come! 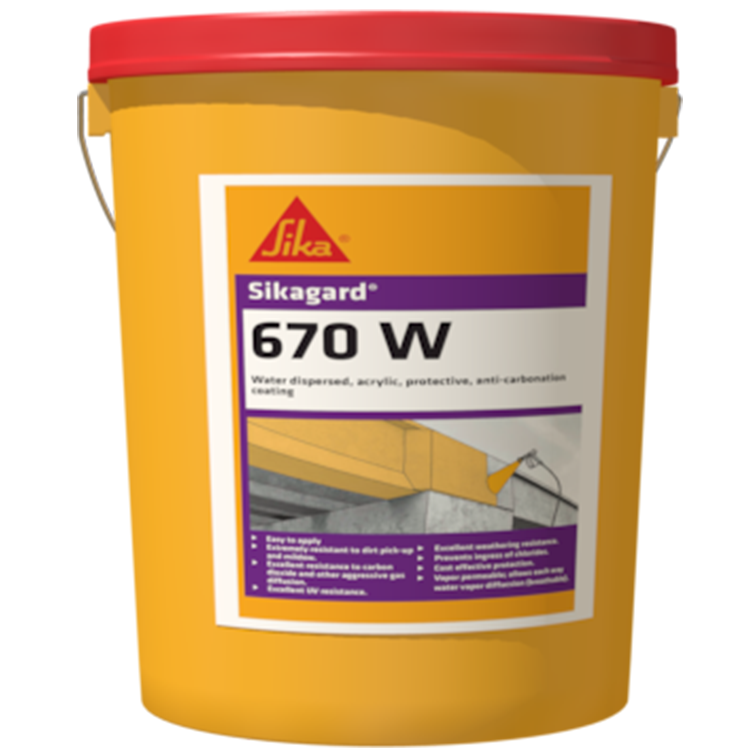 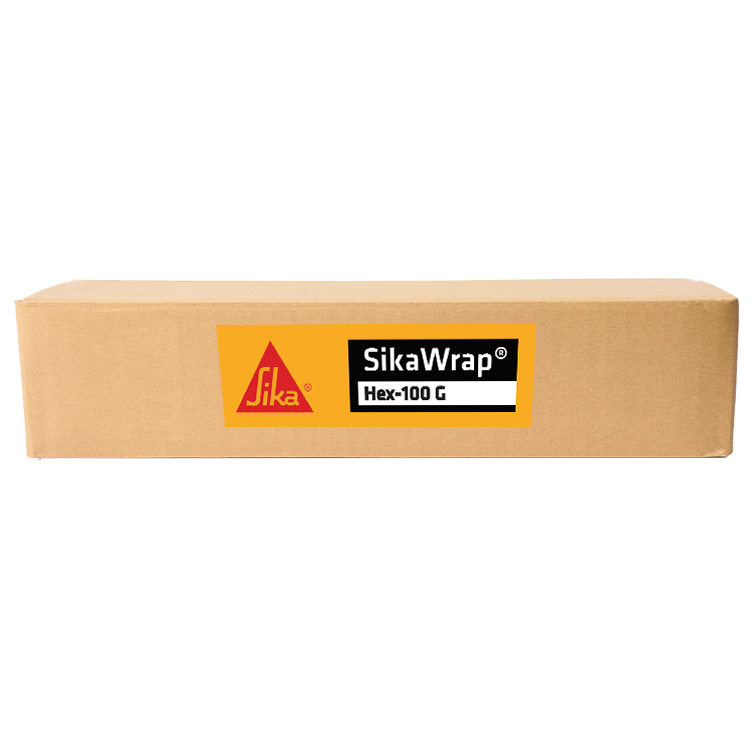 The 54,000 square foot ramp between Manhattan's and Queens was successfully completed one month ahead of schedule and is expected to last for many decades. Not only was it ahead of schedule but it was completed within the $60 million dollar budget originally allotted. One of the major contributing factors to the early completion of the ramp was the fact that it was a design-build. Any unforeseen circumstances were immediately identified and brought to the owner’s attention. Once the owner gave the approval, the engineering team could then swiftly make any alterations in their plan and project scope to continue moving forward.

The entire project took place with minimal disruption to the community and daily traffic patterns. The team worked very closely with the owner, local law enforcement, and the local parks department to ensure success. The park that sat directly below the ramp had almost no closure time due to the diligence of the project and planning teams. This portion of the RFK Bridge Rehabilitation project received the Award of Merit in the Highways & Bridges category from the Engineering News-Record in 2014 for their impressive work.