SIKA SARNAFIL AND BLOOM ROOFING 'GET IT RIGHT' AT H.H. DOW ACADEMY

It is probably safe to assume that one lesson taught at the H.H. Dow Academy for executives is “You have only one opportunity to do it right.” This is also the company motto of Bloom Roofing Systems, Inc. of Brighton, MI, and was particularly true when Bloom Roofing installed the waterproofing system at the academy’s courtyard. The H.H. Dow Academy is contained within the H Hotel in Midland, MI and water from the courtyard was leaking into portions of the garage below. It was decided to replace the courtyard’s waterproofing system when the H Hotel underwent extensive renovations and additions.

“The courtyard is on a concrete deck and is covered with insulation, four large circular planters, and decorative brick pavers,” explained Pat Opalek, vice president of Bloom Roofing. This meant it would be extremely difficult to access the waterproofing system to make repairs after installation, which is why it was critical that the installation be done right the first time.

LOOKING FOR A LONG-TERM SOLUTION

Of course, the quality of the waterproofing system is just as important as the installation. John Lowry, vice president at Acquest Development, Inc. of Bloomfield Hills, MI, co-owners of the H Hotel, said they looked at various types of waterproofing applications before selecting the Sika Sarnafil system. “We looked at fluid-applied hot tar and spray-applied systems,” he explained. “But we liked the fact the Sika Sarnafil system was a membrane – like a big pool liner.”

“The hotel was undergoing major renovations and new construction, and we wanted a waterproofing system that could be applied to the new construction as well as replace the current leaking system,” said Jeff Adcock, project manager at The Christman Company in Lansing, MI, the construction managers on the project. “The Sika Sarnafil system was able to meet this condition, and we like how Sika Sarnafil has proven, tested products. We worked hard to make sure this was a long-term solution.”

The specified installation also included an Electric Field Vector Mapping® (EFVM) system which consists of a foil-faced sheet that is installed underneath the waterproofing membrane. The system uses low voltage circuitry to monitor for leaks and to identify them.

The installation of the waterproofing system began with the application of a full tapered insulation system with a slope toward each drain. This was followed by the EFVM leak detection system, which was activated and tested in each area. Next, an NWP protection layer was installed, and then the 80 mil Sarnafil G476 membrane. Finally, a drainage mat was applied before bulk fill material was installed.

“The most challenging part of this project was the termination of the flashings on the brick walls,” Opalek stated. It turns out that the existing flashings were not terminated properly and in fact, only covered the middle portions of the brick walls. “When Mr. Bloom saw that he said ‘We need to get those bricks out and flash behind them,’” Opalek remarked.

This turned out to be a tedious and painstaking ordeal. “The mason contractor could only remove the exterior brick and mortar in sections, or the entire wall would fall down,” Opalek explained. “After the brick was removed we would flash behind the brick and then the mason would reinstall the brick and mortar and move on to the next section.”

Not only did this require a lot of coordination with the mason contractor, but the brick had to be warm for the mortar to cure, and the installation was taking place during one of ‘Michigan’s harshest winters,’ according to Opalek. “Fortunately the masons were super to work with, and The Christman Company helped keep everything going by building poly tents to keep things warm,” he added.

Another difficulty Bloom Roofing faced was dealing with the different floor levels throughout the courtyard. “We had places where the floor stepped up four inches in height, so we had to use a tapered system to make sure everything flowed to the drains,” Opalek remarked. “This was particularly difficult in the larger round planters because the drains were not in the middle.”

In addition, Bloom Roofing also had to be cognizant of functions being held at the facility. “There were days we couldn’t work because of functions,” Opalek said. “We also had to schedule particularly noisy work for times when there were no classes or functions being held.” In fact, it was very important that the project be completed on time, since a wedding was scheduled to take place at the facility soon after the completion date.

Opalek credits good teamwork as being an important reason for the success of the installation. “Everyone really helped. Tom Bloom and Dan Scott were the nuts and bolts of this project. There was also a lot of great coordination between all the trades,” he said. “In addition, the Sika Sarnafil representative was an absolute jewel and very helpful as well.”

Adcock added, “This is one of the most detailed and tedious waterproofing jobs we’ve ever done. Bloom Roofing had the right talent and did an outstanding job.”

“Bloom Roofing went above and beyond in this challenging application,” Lowry echoed.

It was this professionalism and attention to detail that earned Bloom Roofing First Place in Sika Sarnafil’s 2008 Project of the Year, Waterproofing category. 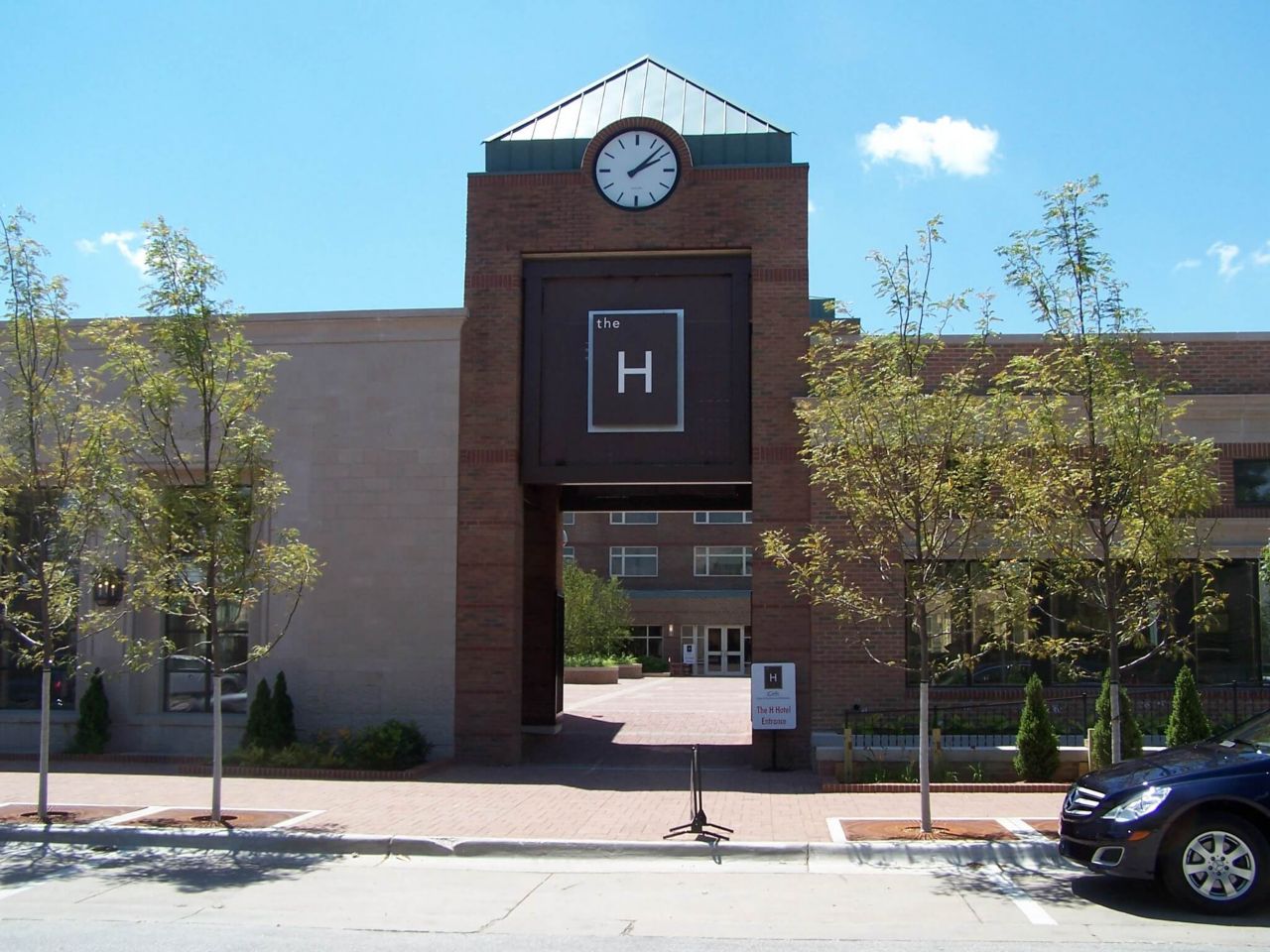 SIKA SARNAFIL SYSTEM DOES THE JOB

Today the Sika Sarnafil waterproofing system is “performing great,” according to Lowry. “Before we had gutters installed in the garage to channel water that had been dripping from the courtyard. Now the only leak we had was caused by a malfunction with a drain, and that was easily identified with the EFVM system,” he explained. “I would definitely use this system again. We wanted the best so we could avoid leaks, and that is what we got.”

Do it right the first time — with the right product and right installers. There’s a motto that can hold a lot of water.

Not sure what roof system to use for your next school project? Get more information: