Imagine sitting 15 stories up in the air, drinking a cool beverage while watching the sun set over the McDowell Mountains. Perhaps you recently sampled a five-star meal at the appropriately named Orange Sky restaurant, or enjoyed the gardens, lounges or spa at this open-air paradise. Whatever your pleasure, you probably never gave a second thought to the roofing material below your feet. This is exactly what the Talking Stick Resort wants.

When the Scottsdale, Arizona resort added a new facility with rooftop decks on the 14th and 15th floors, it wanted a waterproofing system that would “be out-of-sight and out-of-mind,” explained Barry Becker, former project architect for FFKR Architects of Salt Lake City.

“The roof would be under a paver system, and so would not be a visible concern.”

Being “out of mind” meant that the roof also had to be leak-free. “These roofs are above electrical rooms and four-star diamond areas, so we wanted a proven waterproofing system,” said Todd Mellott, facilities director for Salt River Gaming Enterprise.

Added Donny Fiant, president of Phoenix-based Meade Construction of Arizona, Inc., “Portions of the roof were going over one of the main electrical rooms in the resort. A leak in this area could shut down portions of the resort, resulting in lost revenue.“

Meade Construction had no hesitation in recommending the Sika Sarnafil waterproofing system for this crucial installation. “If you cut us we would bleed Sika Sarnafil,” Fiant remarked. “We have a wonderful relationship with them and have absolute confidence in their products, which is important when our name is on the line.” 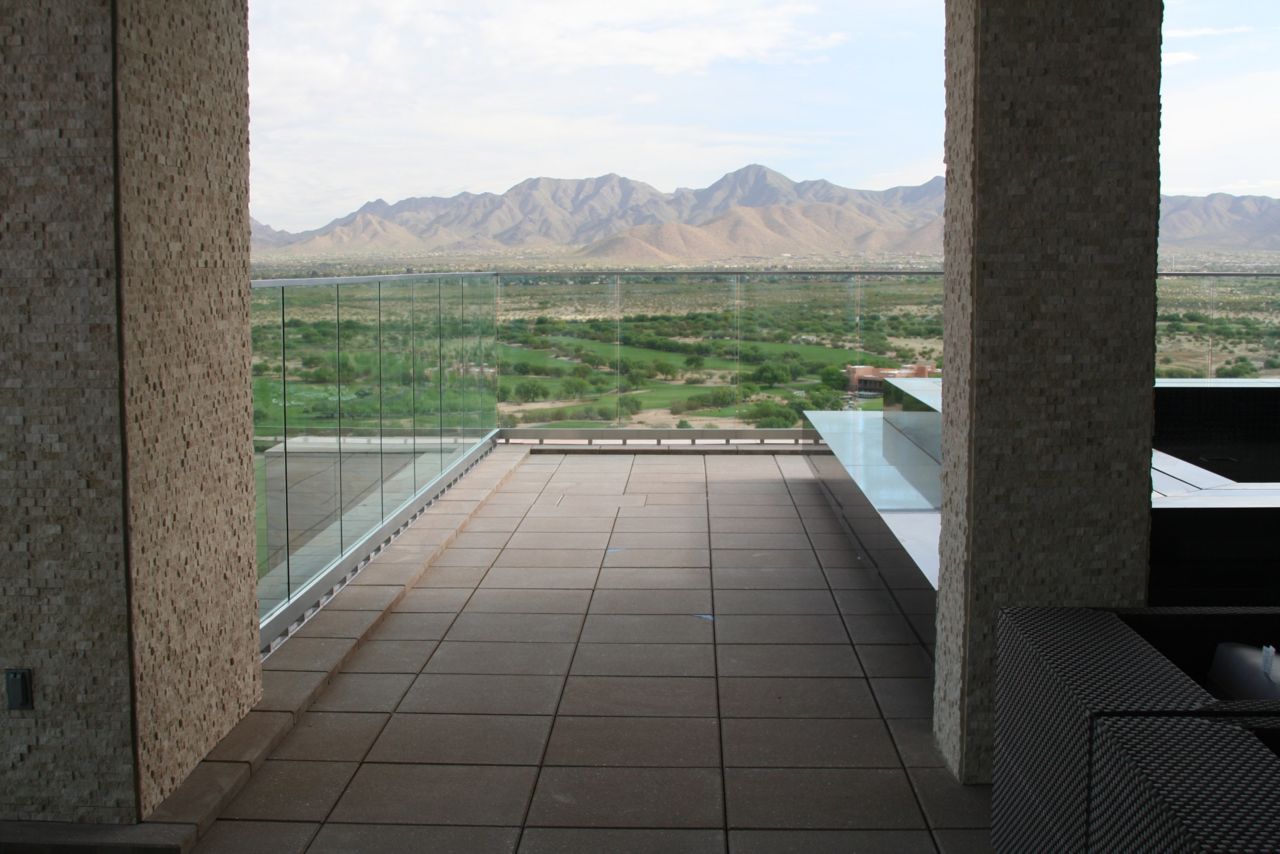 The Sika Sarnafil system also offered several other advantages: pavers could be installed over it for functionality; it could be used with the Electronic Field Vector Mapping® system (EFVM), which uses pulses of low voltage electricity to detect roof system breaches; and the membrane is self-adhered, eliminating the need for adhesives.

INSTALLATION A TALL ORDER TO FILL

Working on top of a 15-story building posed some challenges for Meade Construction. “One of the biggest hurdles we faced was getting all the material up to the job site,” Fiant stated. “Since we didn’t have a crane, we had to fit the material into service elevators, take it to the appropriate floor and then manually transport it to the installation area. This may not sound like a significant challenge, but when the elevator is several hundred feet from the installation area and you are moving 3,300 pavers weighing 89 pounds each, it becomes a major concern.”

An exceptionally small staging area proved to be difficult, as well. “At times we were working on a 3,000 square foot area with 50 other trades people,” Fiant said. “Fortunately the self-adhering Sika Sarnafil membrane eliminated the need for VOC-containing adhesives and hazardous fumes, so the other trades were able to maintain their work schedules. In addition, the self-adhering membrane reduced the standard membrane installation time by 50 percent.”

Another advantage of the self-adhering membrane was that it could be installed directly to the concrete deck, “which provided a truly flat surface to transition from between the internal floor, exterior walls and outside deck area,” Fiant stated. Specific elevated pedestals were then used based on the slope of the deck and each paver was leveled individually using a laser transit.

The portion of the waterproofing system that was going over the resort’s control center was installed over a “dead flat” structural concrete deck. “The fact that there is no degradation of the waterproofing system from the presence of standing or ponding water allowed us to install the Sika Sarnafil system with confidence,” Fiant said. “The self-adhering foam also does not allow for water migration, giving us an increased margin of safety.”

Fiant added that a Sika Sarnafil representative was on the job site at least once a week, providing technical services and recommendations. “He was a godsend,” Fiant stated.

Since identifying leaks would be very difficult — and expensive — due to the concrete deck and overburden of pavers, the EFVM played an important role in the roof’s installation. “The EFVM representative found two leaks from some of the other trades before the roof was finished,” Fiant explained. “This system will be able to detect a leak within an inch of its origin without having to remove the paver system.”

“I was very impressed with the superior testing method of the EFVM,” said Becker. “It went above and beyond what we had specified.”

Challenges included installing the wall flashing months prior to the waterproofing membrane, creating a workable and sustainable detail for the architectural glass rail system around the perimeter without using pipe boots, and eliminating vibration transmissions between the operations area roof and the internal floor system of the conference center while maintaining a seemingly non-existent transition between the areas. Yet despite all these hurdles, “Meade Construction was very conscientious and communicative, and went the extra mile for the owner,” Becker remarked.

Mellott was also impressed. “Meade Construction was top-notch, and I could tell their installers were very concerned about quality,” he said.

It was this professionalism that earned Meade Construction First Place in Sika Sarnafil’s 2010 Contractor Project of the Year, Waterproofing Category.

SYSTEM A SURE BET

Today the Talking Stick Resort rooftop is performing as promised. “The roof is doing great, and I would definitely use this system again,” Mellott stated.

“We had some storms before the pavers were installed and the roof did fine,” Becker added. “The reliability of the Sika Sarnafil products is one reason I like their systems.”

“If you go to the 15th floor of the resort and walk to the outside seating area and gaze at the panoramic view it never occurs to you that you are standing on a roof,” Fiant remarked. “That’s how you know you have achieved excellence, when you create a finished product that eliminates boundaries and encourages dreams.”