Home to the U.S. Department of Energy, the Forrestal Building itself is somewhat of a landmark to the many visitors of the museums and monuments at the Mall in Washington, D.C. Forrestal Building’s 350,000 square foot plaza deck areas have leaked since the building’s construction in 1968. Visitors to the offices below the plaza often noticed the unattractive plastic sheets necessary to protect the furniture and files, as well as semi-permanent water collecting arrangements. After several failed attempts to address the problem, the General Service Administration hired the Boston architectural firm of Shepley, Bulfinch, Richardson & Abbott and their waterproofing consultants, Simpson Gumpertz & Heger to investigate the problems and design a new waterproofing system.

After conducting a complete survey and analysis of the site, Shepley, Bulfinch, Richardson & Abbott Architects and Simpson Gumpertz & Heger Consulting Engineers reviewed a wide variety of system options including one product which had been installed in a test area.

The new system design needed to satisfy several key criteria. Among them, duration of system performance and track record, ability to flash difficult penetrations and vertical walls, ability to be installed over rough substrate conditions, and lastly the system would have to be qualitatively tested and evaluated for acceptance. 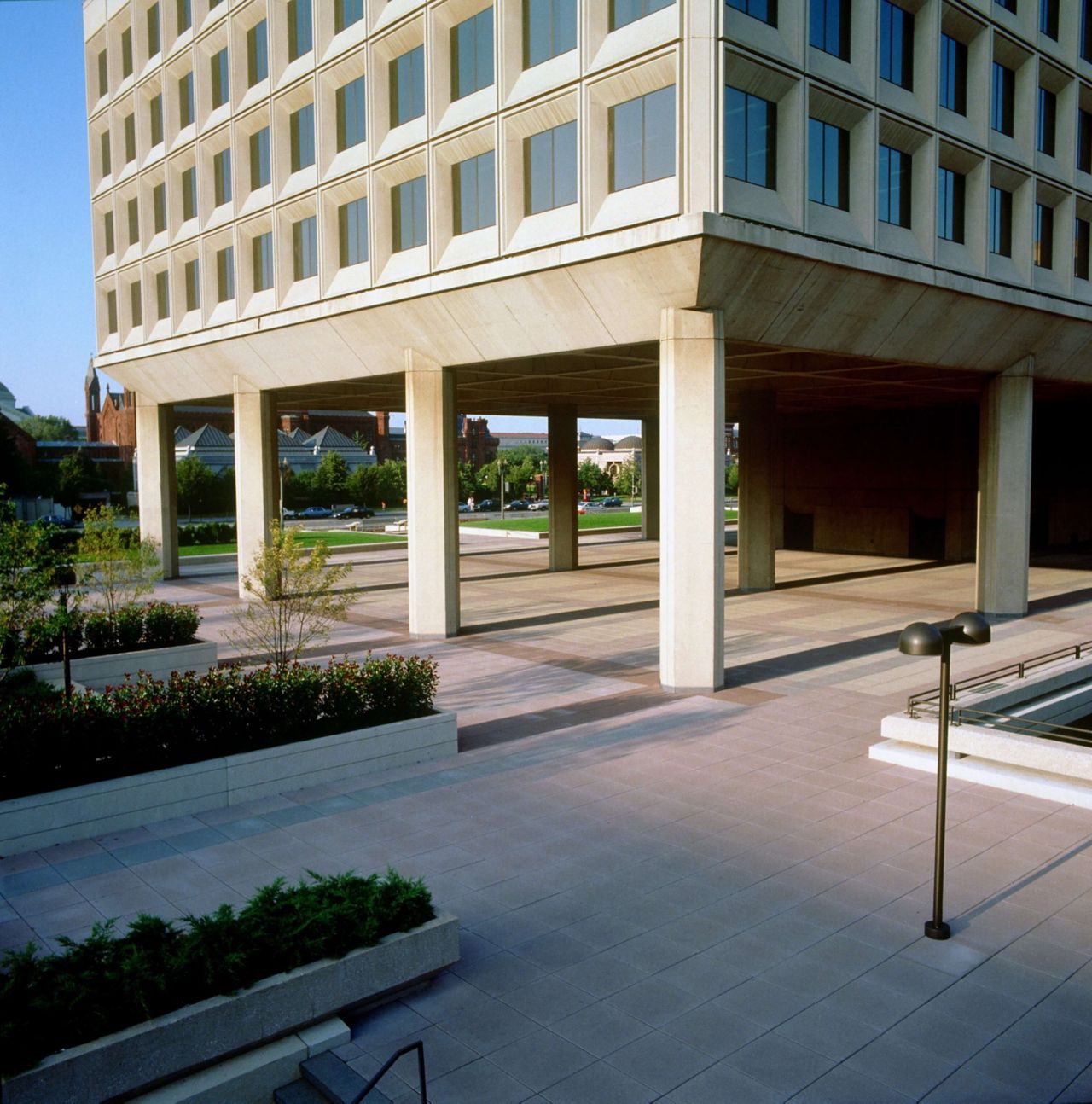 After careful review the Sika Sarnafil System 3000 was chosen by the design team. System 3000 is a complete membrane system integrating a variety of key components into a specific membrane assembly. Featuring a unique containment grid design, the system employs a fully adhered membrane strip which, when installed below the thermoplastic waterproofing membrane, acts as a waterstop. These waterstops create discrete compartments within the plaza area. If a breach of the system were to occur, water migration would be restricted to that specific compartment reducing the owner’s liability and potential for interior damage. System 3000 was chosen for its extraordinary record of performance in various installations worldwide. 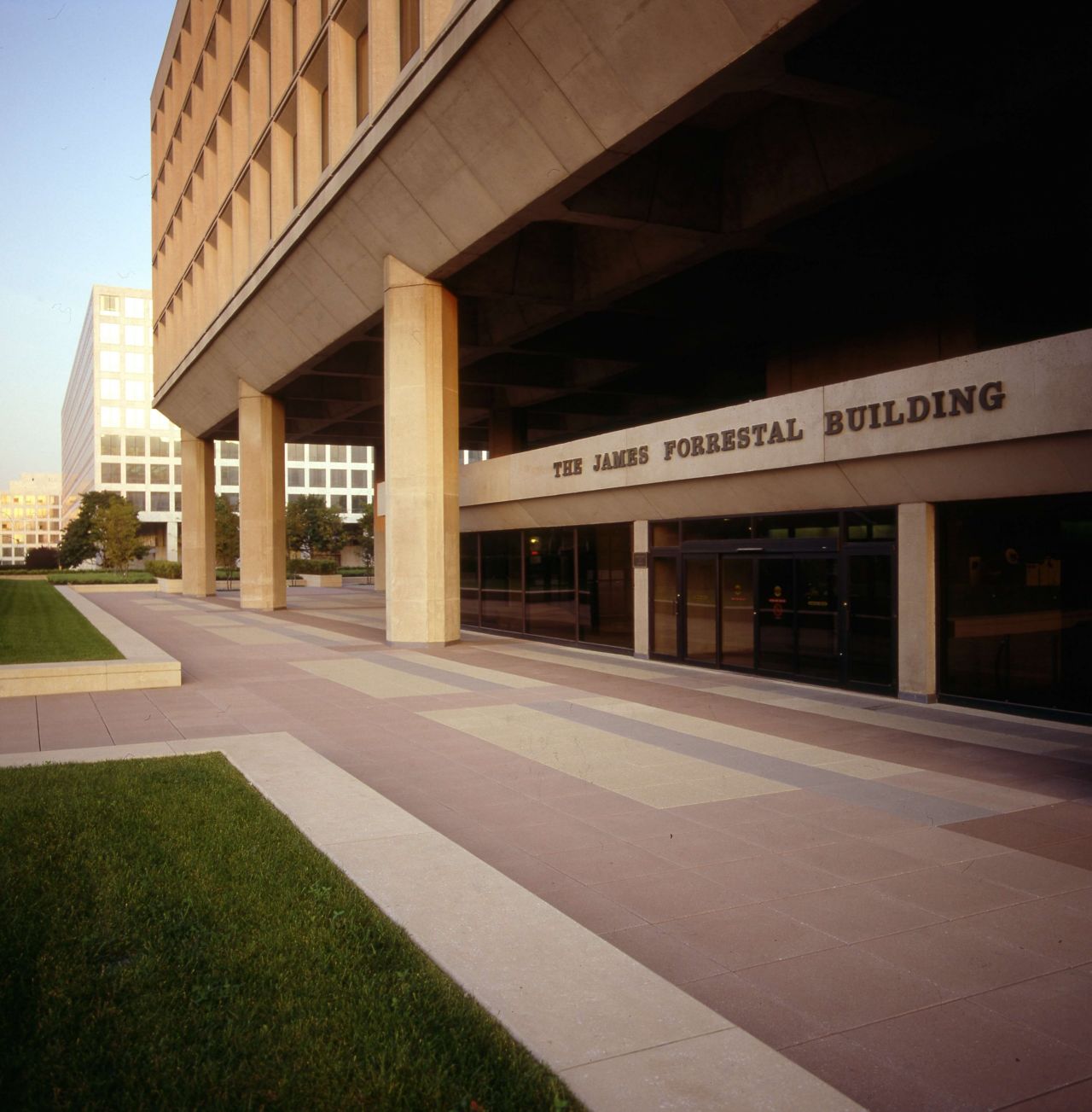 Beta Construction of Capitol Heights, Maryland was selected as the installer for the waterproofing system. The first objective was to remove the failed existing waterproofing products – butyl sheet and, in some areas, hot rubberized asphalt. After the waterproofing was removed, the concrete substrate was properly repaired.

Deck preparation included surface grinding of ridges and fins, grouting of “honey combs” and “rats nests”, and epoxy injection of substantive cracks. Although some deck preparation was necessary, an extra thick leveling layer, geotextile, was applied, saving the contractor and owner thousands of dollars in extensive deck resurfacing. The geotextile is designed to absorb inconsistencies in the deck, reducing extensive substrate preparation. The fabric can also be installed over a wet or contaminated substrate allowing better on-time construction scheduling.

Beta installed the thermoplastic membrane by hot-air welding both field seams and critical flashings. Each Sarnafil seam is hand tested for reliability and consistency. Irregularities are easily identified and repaired. Hot-air welding provides the best method of seaming available. No other system can be inspected in this manner. System reliability and measurable quality control were important issues for the Department of Energy, GSA, and the design team.