Sika Stamps are a key component of a system of matched concrete and overlayment pattern and texturing tools used to transform the surface of freshly placed architectural concrete into patterns and textures that mimic other building materials such as stone, slate, wood, or brick. Stamped concrete is both easier to install and more cost-effective than these other materials. They create natural appearing, low-maintenance, textured surfaces with the structural strength and wear-resistance of concrete in a wide variety of imprinted patterns. Sika Stamps are marketed under the Sika Scofield LITHOTEX® Pavecrafters® brand.

Stamped concrete should always be colored to achieve the most realistic appearance. There are several ways to color stamped concrete, with the most common being a combination of Sika Scofield's LITHOCHROME® Color Hardener and LITHOCHROME® Antiquing Release Pro.

Looking for inspiration on a new Pattern & Texture Project? Check out our Pinterest page and save your ideas to bring to a Sales Rep today! 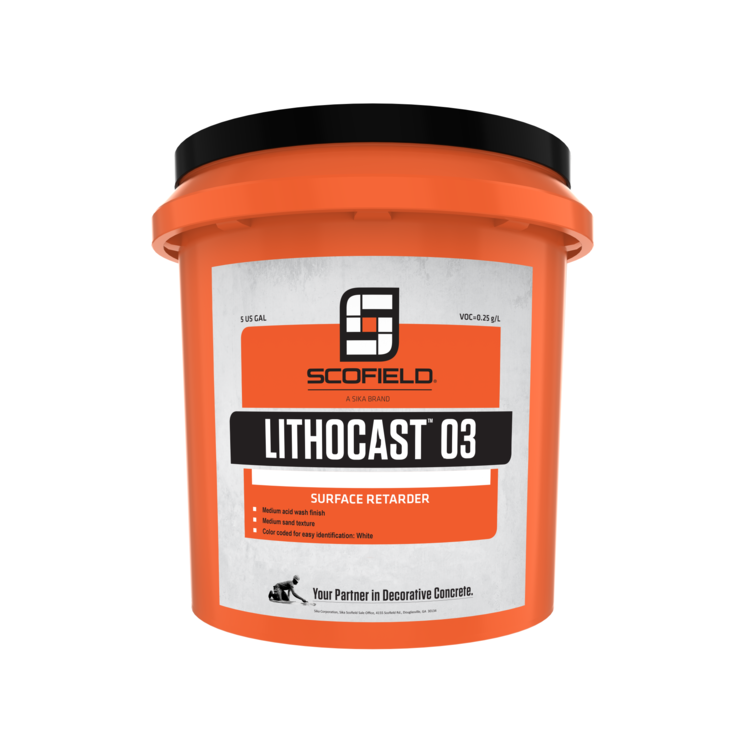 SikaColor®-300 Antiquing Release is an odorless, high-performance, powder stamp tool release that adds color accents as it eliminates the suction created when stamp tools are lifted from freshly placed wet cementitious material. Once surfaces are cured, and excess release is removed, it leaves behind color accents that increase the contrast and perceived depth of stamp patterns. The remaining contrasting color allows artisans to create concrete that simulates the look of weathered natural stone, wood grains, cobbled roads, brick walkways, or aged concrete. 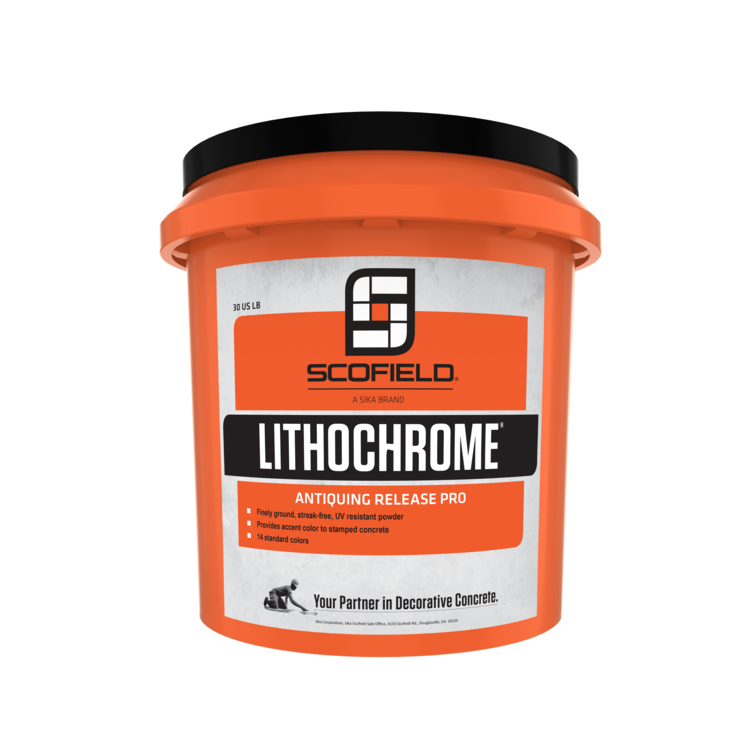 A LITHOTEX® Pavecrafters® Stamp Tool is an integral part of a system of matched concrete and overlayment pattern and embossing tools used to transform the surface texture of freshly placed architectural concrete flatwork into patterns that mimic other building materials and artistic patterns. By combining the structural strength and wear resistance of concrete with the look of other paving materials, they create natural appearing, low-maintenance, textured surfaces in a wide variety of imprinted patterns. 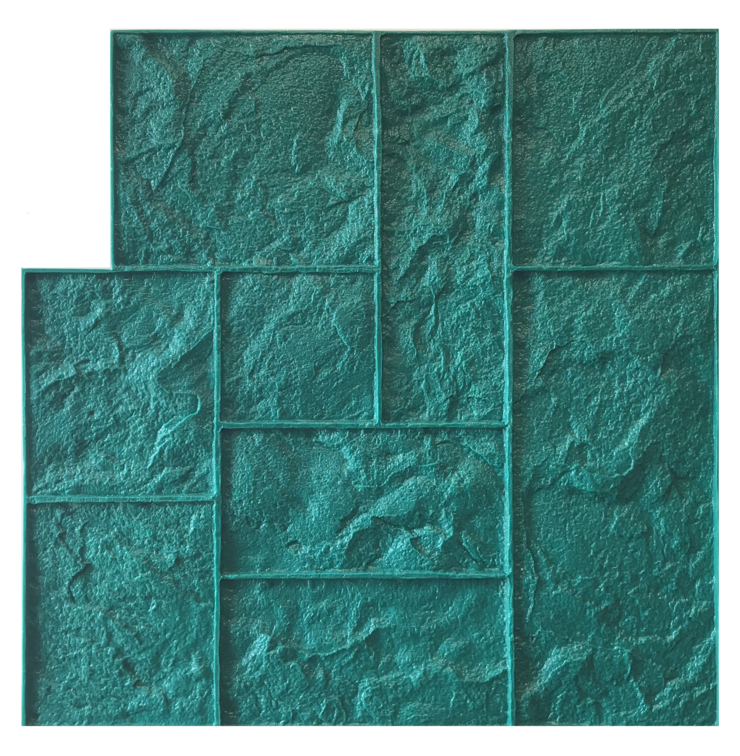 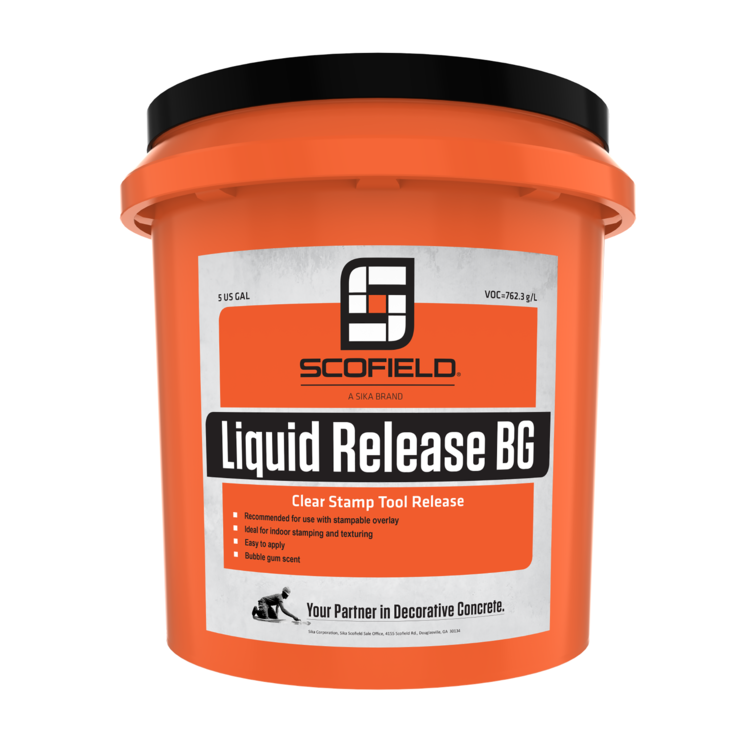 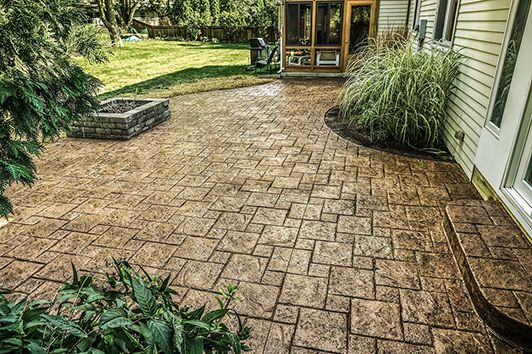 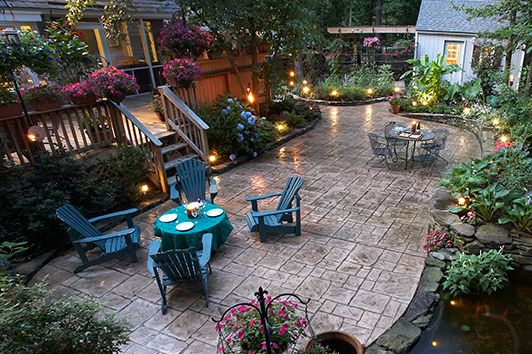 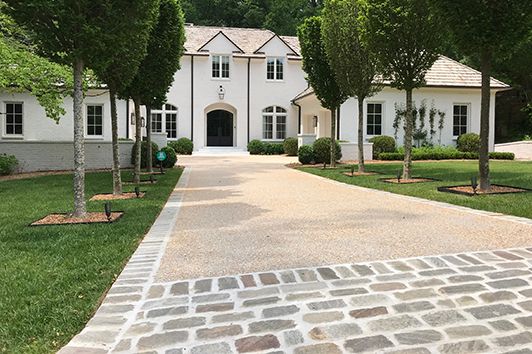