The Marriott Long Wharf Hotel in Boston had a dilemma. There was water entering the building, inconveniencing guests and forcing the closure of several guest rooms, resulting in lost income. Numerous attempts to discover the source of the leaks were unsuccessful. What was a high-end, high-occupancy hotel to do?

The answer: Find a high-caliber team to come up with a solution. Thanks to the combined efforts of Noblin & Associates, Commonwealth Building Systems, and Sika Sarnafil, the Marriott Long Wharf solved its water infiltration problems. And the project was completed with minimal disruption to its guests.

Arriving at the solution was not without challenges. The first was identifying what was causing the leakage. Tim Little, senior project manager at Bridgewater, Massachusetts-based Noblin & Associates, an engineering design firm specializing in building envelopes, said, “For years roofing contractors were chasing leaks around the building – they weren’t solving the problem because no one knew what was causing the leaks.

“We suspected that the problem was really with the thru-wall flashings. So we suggested doing a sample area that involved not only replacing the saturated roofing system but also taking out portions of the masonry walls above the roofing area, and reflashing those areas in conjunction with the membrane replacement.”

“We wanted something that would look nice, since many of the roof areas are underneath the guest room windows and so are very visible,” Little said. “Sarnafil roof membranes are available in a variety of colors, and the heat-welded seams are more attractive than some of the other roofing options. Plus, we’ve had good success with Sarnafil in the past.”

A sample area proved to be a success. What had once been one of the most problematic roof areas was now leak-free and aesthetically pleasing. “The success of the sample convinced Marriott to implement this solution on the entire roof,” Little stated.

Rockland, Massachusetts-based Commonwealth Building Systems had worked on the sample roof and was eventually awarded the reroofing project; a very complex and daunting task. “Marriott’s number one priority was ‘don’t inconvenience the guests’,” said Mike Hillcoat, a principal at Commonwealth Building. “They did not want the guests to even know this reroofing project was taking place. So we had to look at every aspect of the job – including noise, visibility, dust – and figure out how to minimize the negative impact of these on the guests,” Hillcoat explained.

Planning the logistics of this project took several months before they even stepped foot on the job. “The project involved masonry demolition and the installation of new thru-wall flashing; removal of the old roofing membrane and ballast followed by the installation of the new adhered membrane; and then sheet metal work,” Hillcoat said. “We had to come up with a logical sequence of events that maximized production but minimized disruptions. We were limited as to which roof areas we could work on each day, yet we still had to meet a very tight schedule. It wasn’t easy figuring all of this out, but it was a lot of fun.”

Many noise issues needed to be solved. One was decreasing the sound generated by the vacuum truck, which at first was over OSHA’s limits. Commonwealth Building built a removable enclosure out of lumber and insulation to cover the truck, which brought the noise level down to within OSHA limits. Other sound-reducing adaptations included using electric instead of pneumatic chipping equipment, the use of hand tools instead of power tools in certain instances, and using a low-rise foam adhesive for the insulation instead of mechanically attaching it. 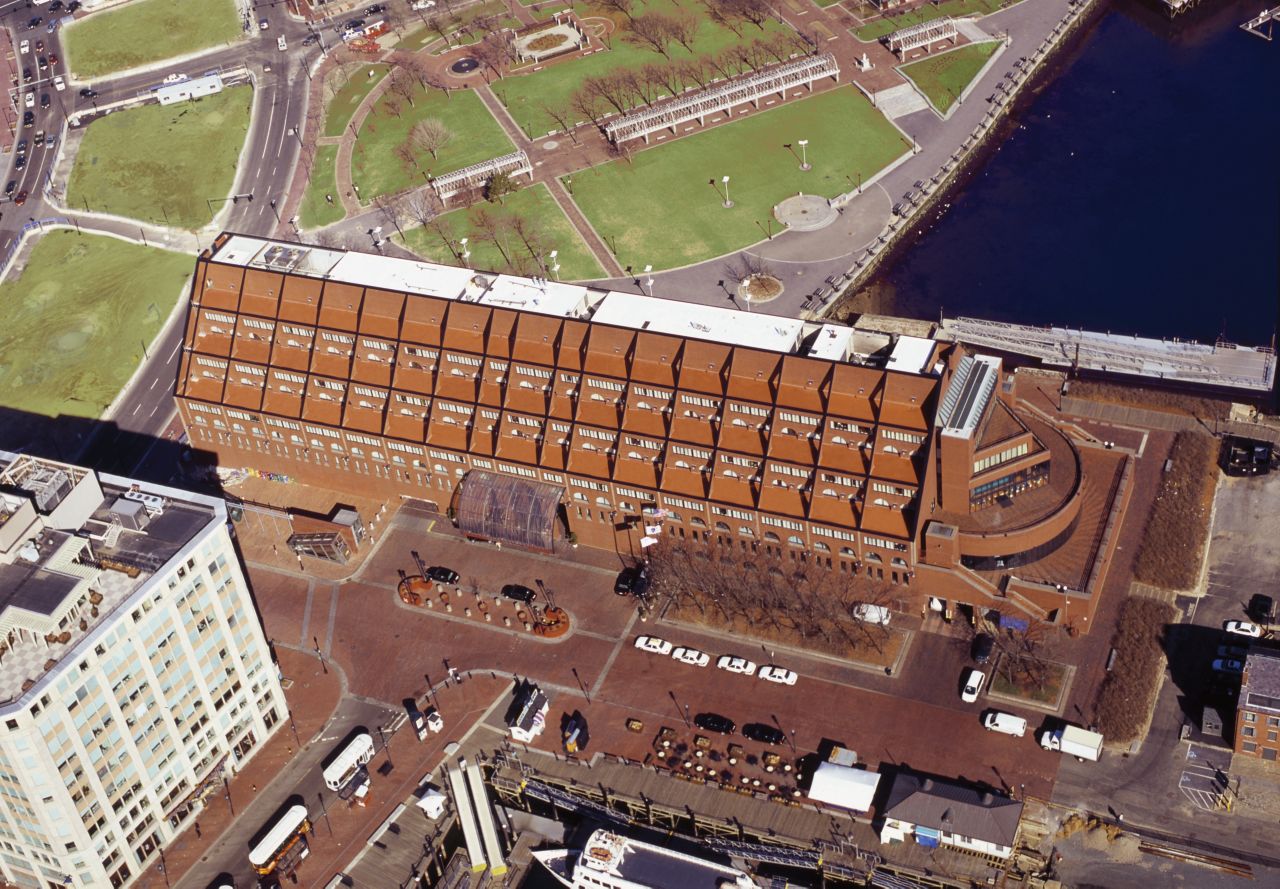 Challenge #3- Doing it Safely but Quickly

“Meeting OSHA’s regulations as well as other safety standards was also a top priority,” Hillcoat said. “My partner and corporate safety officer, Dan Hulverson, worked closely with an outside safety consultant to make sure all of our safety and set-up plans met or exceeded regulations. I’m proud to say that as a result, we lost ZERO days due to job-site injury, even though at times we logged over 18,000 worker hours per month.”

Another challenge was making sure all areas of the roof were uniform. Much of the work was done on 114 guest area bays, and each bay roof had to look similar to the surrounding bays. “We created templates to make sure that the seam layout, inside and outside corner flashings, and other flashing details were consistent from one guest room to the next,” Hillcoat stated.

As Hillcoat pointed out, another unique feature of this installation was the amount of materials recycled. “At least 95 percent – by weight – of the existing materials were recycled, including the original Sarnafil roof membrane, metal flashings, insulation and the gravel ballast,” he said. The stone ballast was shipped to a landscape supplier for resale and the Sarnafil roofing membrane from the previous roof was processed by Conigliaro Industries for reuse in new Sika Sarnafil products. The roof insulation was also sent to Conigliaro to be recycled for other applications. “We had to make some logistical changes to make sure materials were shipped to the proper places instead of the usual practice of sending everything to a landfill, but it was worth it,” Hillcoat said.

Despite all of these challenges, the reroofing project was completed on time and to the hotel’s satisfaction. “We’ve gotten very positive feedback from the hotel staff, especially the maintenance people,” Little said. “Instead of doing spot repairs caused by wall leaks, they are able to work on more long-term projects.” And these projects, no doubt, will continue the Marriott’s focus on the services and details that make it a high-end, luxury hotel where guest comfort continues to come first.

Interested in Recycling your Current Roof? Get More Information: