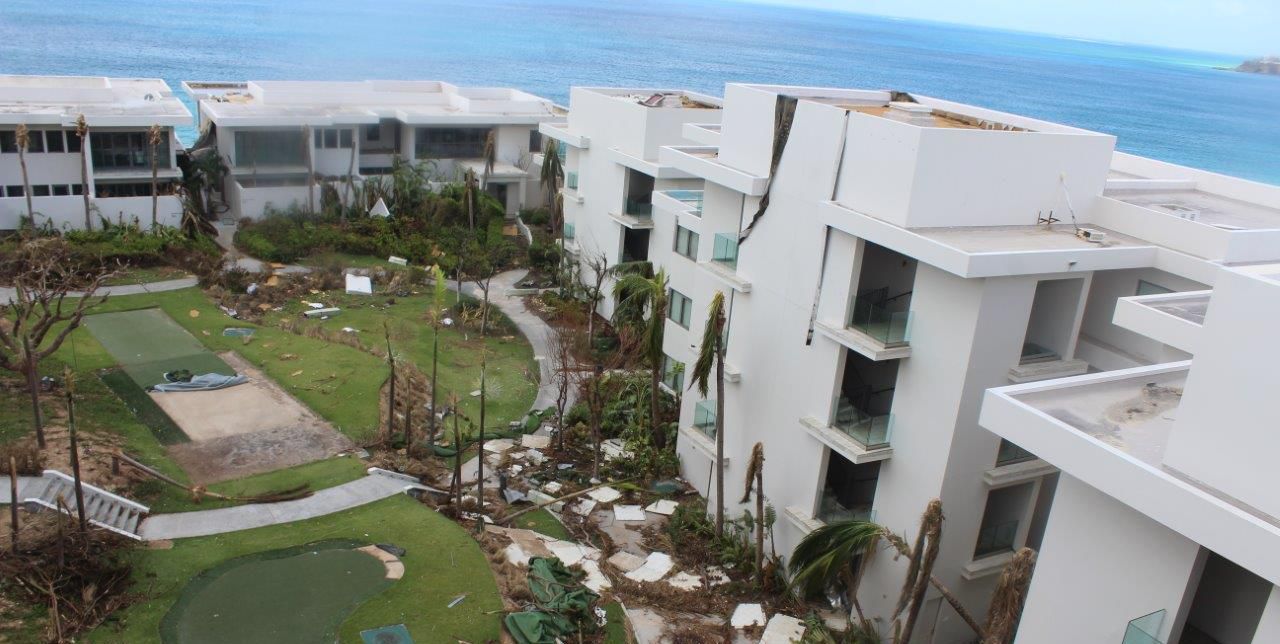 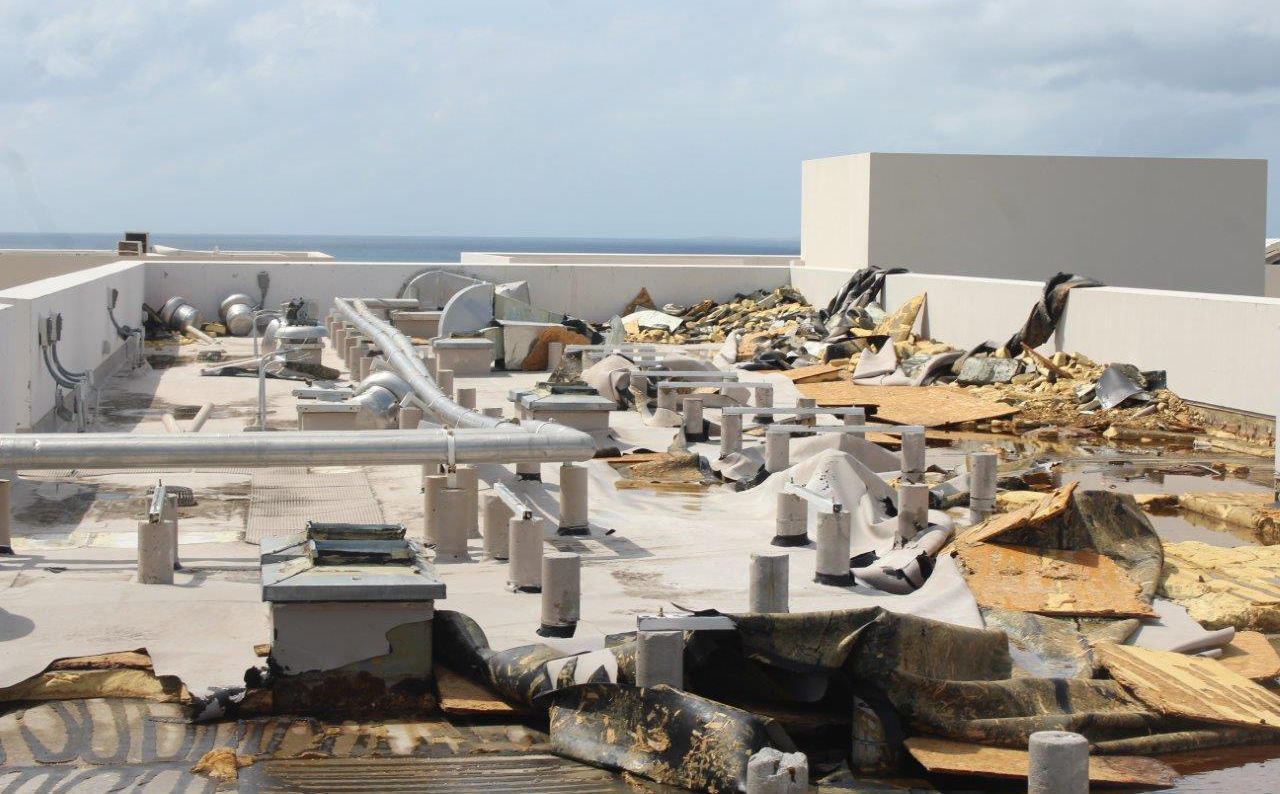 On March 23, 2018, 6-1/2 months after Category 5 Hurricane Irma barreled through the tiny Caribbean island of Anguilla (population 15,000) with sustained winds in excess of 185 mph that ripped roofs from buildings, the Four Seasons Resort re-opened its doors and welcomed guests back to its spectacular property.

It took just 4 months for one U.S. based roofing contractor and one U.K. based roofing contractor working simultaneously to replace the failed EPDM and tapered insulation roof assembly with 330,000 square feet of Sikalastic RoofPro liquid-applied membrane on the property’s 54 buildings. What made this accomplishment even more remarkable was that Four Seasons management felt that glued tapered insulation would once again be vulnerable to wind uplift forces in hurricane conditions and therefore decided not to replace the failed tapered insulation but instead decided to have the contractors slope the roofs with SikaQuick 1000.

To create adequate slope on the flat roofs, the two contractors placed 65,000 bags (3.25 million pounds) of SikaQuick 1000 after which 16,000 gallons of Sikalastic 621 along with primer and Reemat reinforcement were applied on top of the sloped SikaQuick 1000.

The rapid-setting properties of SikaQuick 1000 allowed the contractors to apply the RoofPro membrane as soon as the next day. In the end, about 75 truckloads of SikaQuick 1000 were shipped from Conyers, GA and 9 truckloads of RoofPro materials were shipped from Marion, OH worth a total of approximately $2.4 million. During a critical path portion of the project schedule at the start of the project in November/December 2017, 10 full truckloads of SikaQuick 1000 from Conyers and 1 full truckload of RoofPro materials from Marion, had to be produced and shipped each week for 6 weeks straight. Sika Operations in both Conyers and Marion rose to the challenge and met all of the Four Seasons shipping deadlines.

Because of the tremendous success of the RoofPro work at the Four Seasons Resort, another ultra-luxury resort on Anguilla also decided to replace their failed roofs with Sikalastic RoofPro. The Cuisinart Resort which is only a few miles from the Four Seasons Resort is currently in the process of applying the RoofPro membrane on 200,000 square feet of roof. To date the Cuisinart Resort has purchased over $940,000 in RoofPro materials and expects to complete their RoofPro work by November 2018. 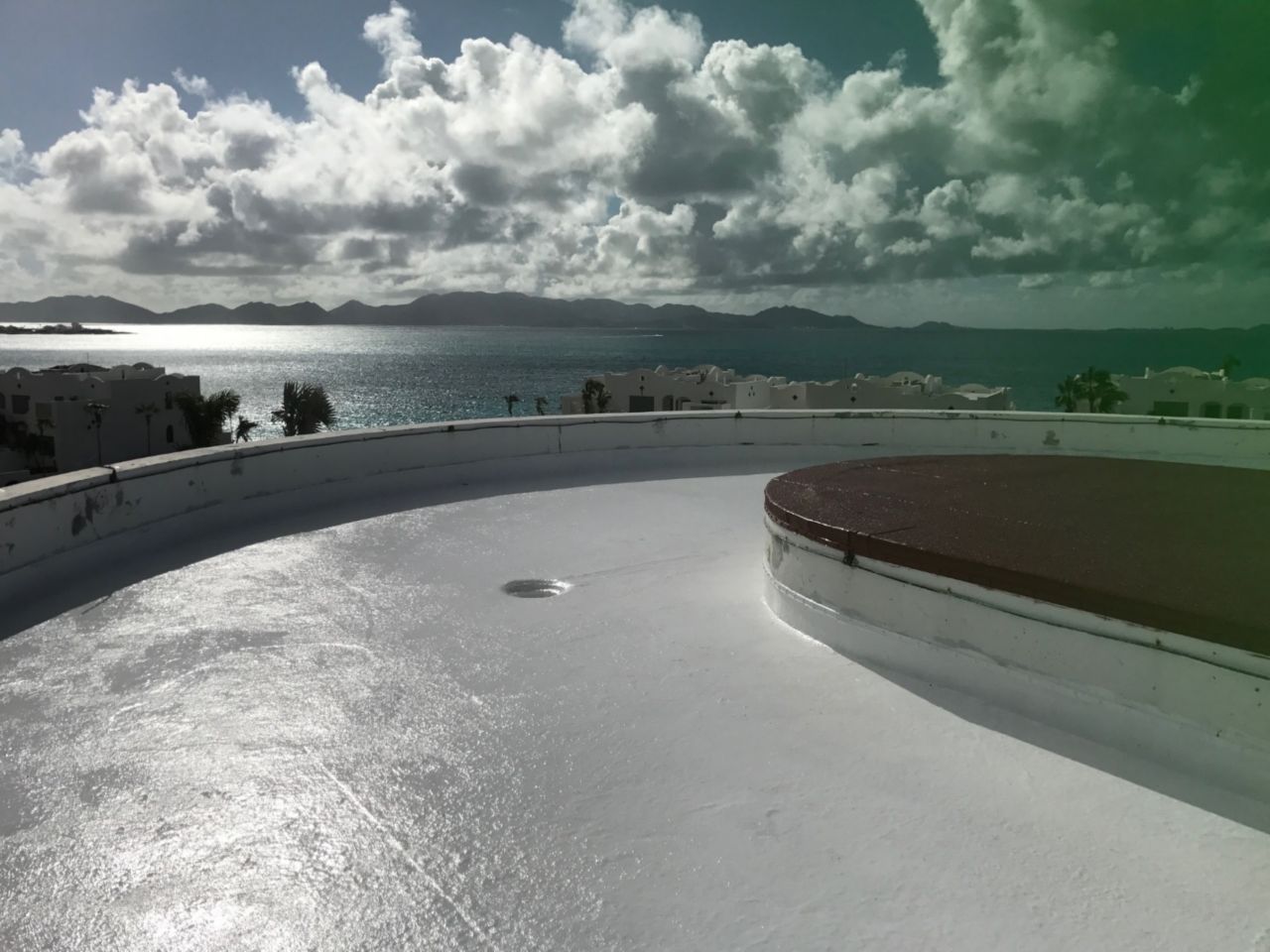 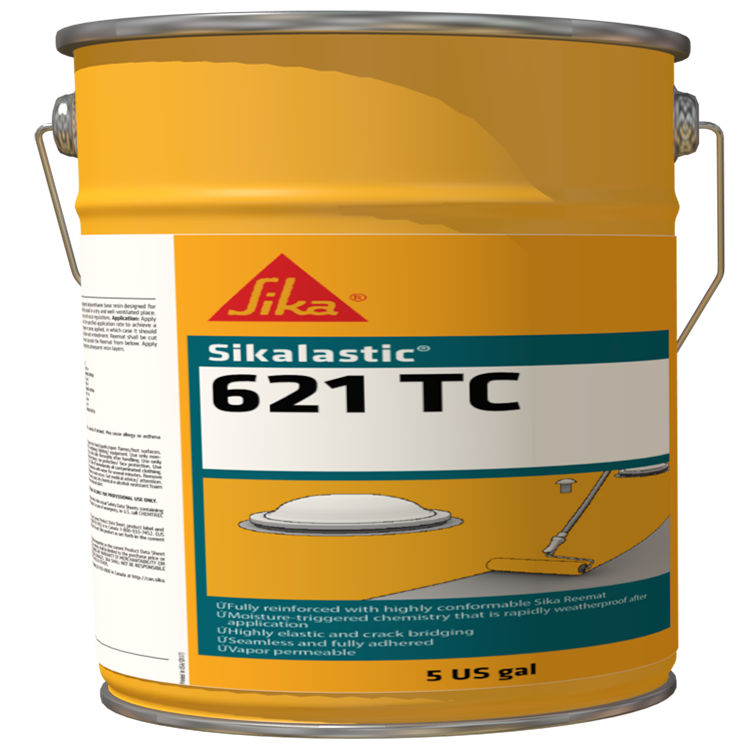