2018 Trip of a Lifetime Winner

2018 SIKAPLAN "TRIP OF A LIFETIME" WINNER

Sika, the worldwide market leader in thermoplastic roofing and waterproofing membranes, is pleased to announce the winner of its third “Trip of a Lifetime” Sikaplan Sweepstakes. Patrick Wolach of the Douglass Colony Group in Commerce City, Colorado, was the randomly selected winner of the prize from United Vacations.

The 2018 contest proved to be the most popular yet. Over an eight-week span from May to July, a total of eight emails about Sikaplan were sent out to contractors across the country. Contractors were asked to read the email, then answer a simple trivia question about Sikaplan vs. TPO. Each correct answer over the eight-week contest earned a single entry into the sweepstakes.

“We put a new spin on the Sikaplan 'Trip of a Lifetime' contest this year, and I think it really generated a lot of positive interest," said Bill Bellico, Director of Marketing for Sika Roofing. “We were excited to see so much participation from our customers.” 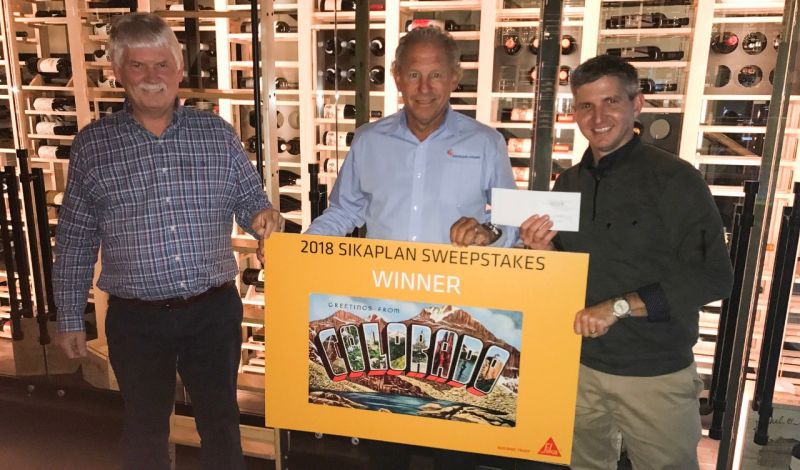 Sikaplan is a cost-competitive, single-ply PVC roofing membrane designed for low-slope roofing applications. It is ideal for applications that call for a proven, cost-effective roofing system from the world’s most trusted commercial roofing supplier. Sikaplan offers PVC performance at a TPO price.

Sikaplan has a successful track record of more than 30 years on buildings throughout the world. And like all Sika PVC roofing and waterproofing membranes, Sikaplan seams and flashings are hot-air welded using an automatic hot-air welding machine. When welded together, the sheets of membrane become one monolithic layer of material impervious to water and moisture infiltration.

Sika Roofing would like to thank Mr. Wolach, Douglass Colony Group and the rest of its approved applicators who participated in the contest.

To learn more about Sikaplan here.