Quality and sustainability have long been the guiding principles for Jennifer Lynn Bice, CEO and president of Redwood Hill Farm& Creamery of Sebastopol, California. That’s one reason she had a new roof and solar panels installed on almost two acres of roof on the building that houses her business and six other companies, including various wine bottling companies. Unfortunately, the installation done in 2010 offered neither sustainability nor quality.

“The first winter the TPO roof started leaking everywhere,” Bice explained. “It was a major ordeal to figure out what went wrong and how to fix the problem. “

Instead of being a shining example of Redwood Hill Farm’s commitment to the environment, the new failing roof became the largest solar repair project in California, according to Kevin Kearney, president of Kearney and O’Banion of San Francisco and construction manager at Redwood Hill Farm. 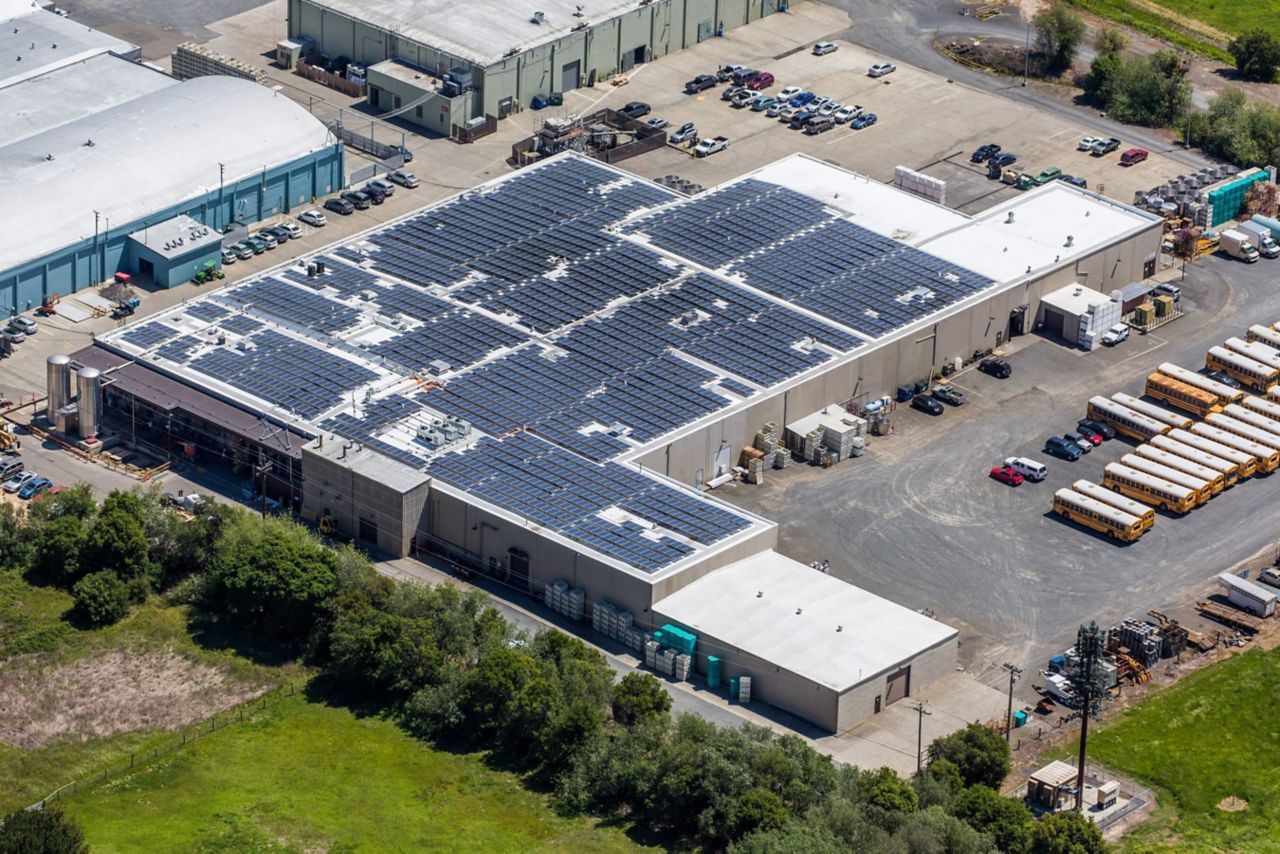 A SYSTEM WITH A PROVEN TRACK RECORD

Redwood Hill Farm hired Simpson Gumpertz & Heger (SGH) in San Francisco to help them figure out how they should remedy the roof situation. Craig W. Allender, senior project manager at SGH said they recommended that the TPO be replaced with the Sarnafil white EnergySmart Roof system. “The Sarnafil roof had a proven track record for an application such as this,” he stated. “We also received great support from Sika’s sales and technical representatives.”

Fidelity Roof Company of Oakland, California, proposed by both SGH and Kearney to do the installation, also recommended the Sarnafil system. “This is one of the best membranes on the market,” remarked Gustavo Sanchez, vice president at Fidelity. “It performs very well and has a good history.”

Fidelity faced numerous challenges with this project. First, there were 2,548 solar panels that had to be removed, stored, and reinstalled. Since Redwood Hill Farm relied on the solar panels for 100percent of its energy needs, it was imperative that the installation be done quickly, in order to reduce Redwood Hill Farm’s cost to use Pacific Gas and Electric Company (PG&E) power, estimated to be tens of thousands of dollars per month.

After overseeing the removal of the solar panels, racks, stanchions and all electrical wiring and connections, Fidelity installed new decking, photo voltaic nailers, and a layer of gypsum board before adhering the Sarnafil EnergySmart Roof membrane.

“One of the major problems with the original installation was the lack of integration between the roofing system and the solar system,” Sanchez explained. “The original roof had hollow stanchions with no insulation, which allowed water to get into the roof.” To remedy this, Fidelity installed new solid PV solar stanchions to prevent further leaks as well as provide a more stable base for the reattached solar system. They then supervised the replacement of the solar panels.

“Each panel has four stanchions and Sika and Fidelity had to come up with a creative boot that went around the stanchions,” Kearney stated. “To me this was the most challenging part of the roofing project.

”Fidelity did a really nice job of quickly removing and then replacing the solar panels and minimizing Redwood Hill Farm’s energy costs, ”Allender said. “”They also had to add some solar panels and make sure the panels were in the right configuration for optimized solar output.”

Allender added, “We recommended Sarnafil for this application with solar panels because of the large amount of penetrations. The Sarnafil system offered flexibility and ease for flashing about these penetrations and streamlined the operation of solar installations.”

In addition to the roofing and solar crews, there were also mold abatement crews and six businesses in the building to take into account. Everything had to be carefully coordinated to make sure the work got done smoothly, with no disruption to the tenants and their businesses.

“We worked on a weekly schedule and had two on-site project managers to work with the owner, tenants, consultants, and sub-contractors,” Sanchez explained. “We tried to be sensitive to things like the noise level when we were working. If the work meant that we would not be able to be quiet, then we would work on that roof section after business hours.” He said that Fidelity also had to make sure the building was watertight at the end of each day.

Allender added that Fidelity faced many surprises due to the deterioration of the building structure in several places. “Fidelity reacted to these structural issues very well,” he stated. “They were great about adjusting manpower or moving to another area when unexpected issues arose that might disturb the tenants. The Fidelity crew also did a very good job of communicating with the tenants, especially during the demolition of the original roof.

”The difference between the installation of the first roof and Fidelity’s work on the second roof was like night and day,” Bice exclaimed. “Fidelity was very professional and their employees knew what they were doing and were very safety conscious. We were very happy with them.” She pointed out that Fidelity completed the project on budget and ahead of schedule, significantly reducing her PG&E energy costs.

It is this professionalism that earned Fidelity Roofing Company Second Place in Sika Sarnafil’s 2013 Contractor Project of the Year, Sustainability Category.

Sika representatives also played a role in the successful roof installation. “They were very helpful in the job and gave the owner and Fidelity a lot of support,” Allender said. “They were always available if any questions came up in the field.” 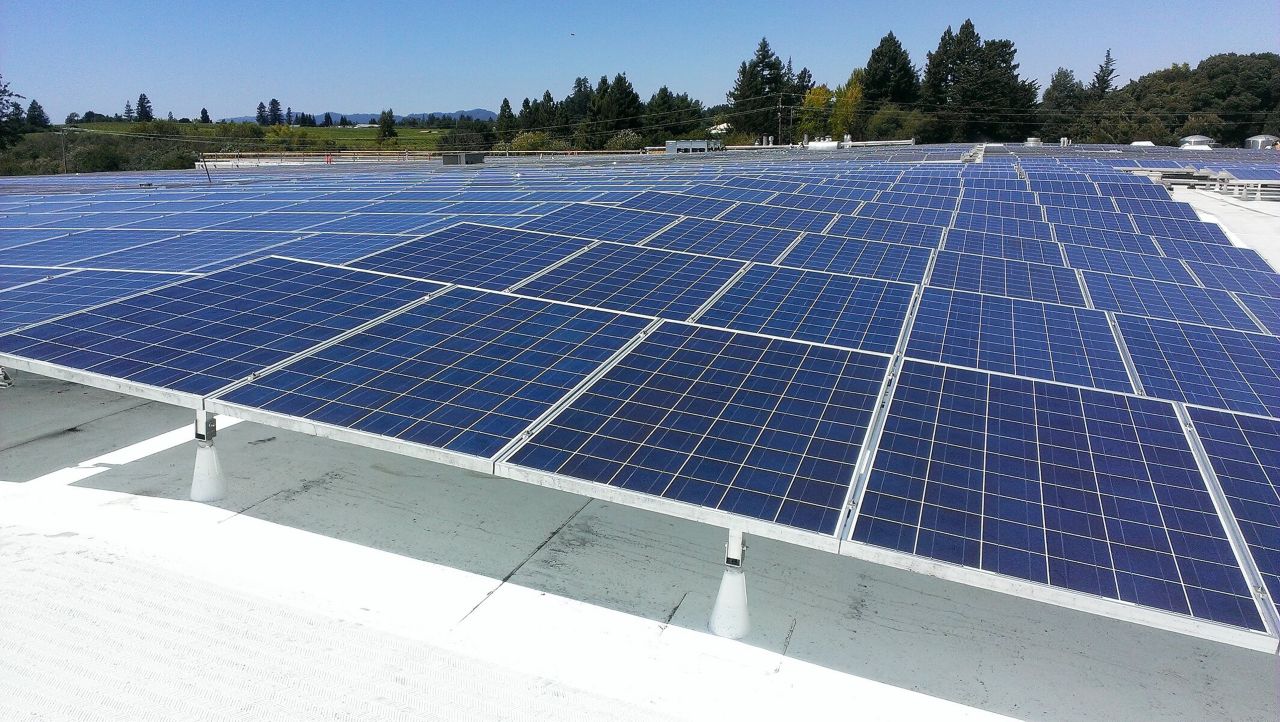 Today Redwood Hill Farm is enjoying a roofing system with both quality and sustainability. “I am thrilled with the new roof,” Bice remarked. “I was really worried for a while about being able to remedy the problems caused by the first roof, and thanks to everyone involved we did. The roof has withstood rainstorms without problems. I couldn’t be happier.”