SARNAFIL PERFORMANCE ANYTHING BUT “COMMON” ON DINING ROOF HALL

As one of the nation’s top liberal arts colleges, Middlebury College in Vermont takes pride in its unique approach and “outward” focus. So it was no surprise that when the college was building a new dining facility for one of its commons areas, it eschewed traditional designs in favor of a building that, in the words of architect Jason Smith of Philadelphia-based KieranTimberlake Associates, “extends the Vermont landscape over the roof.” 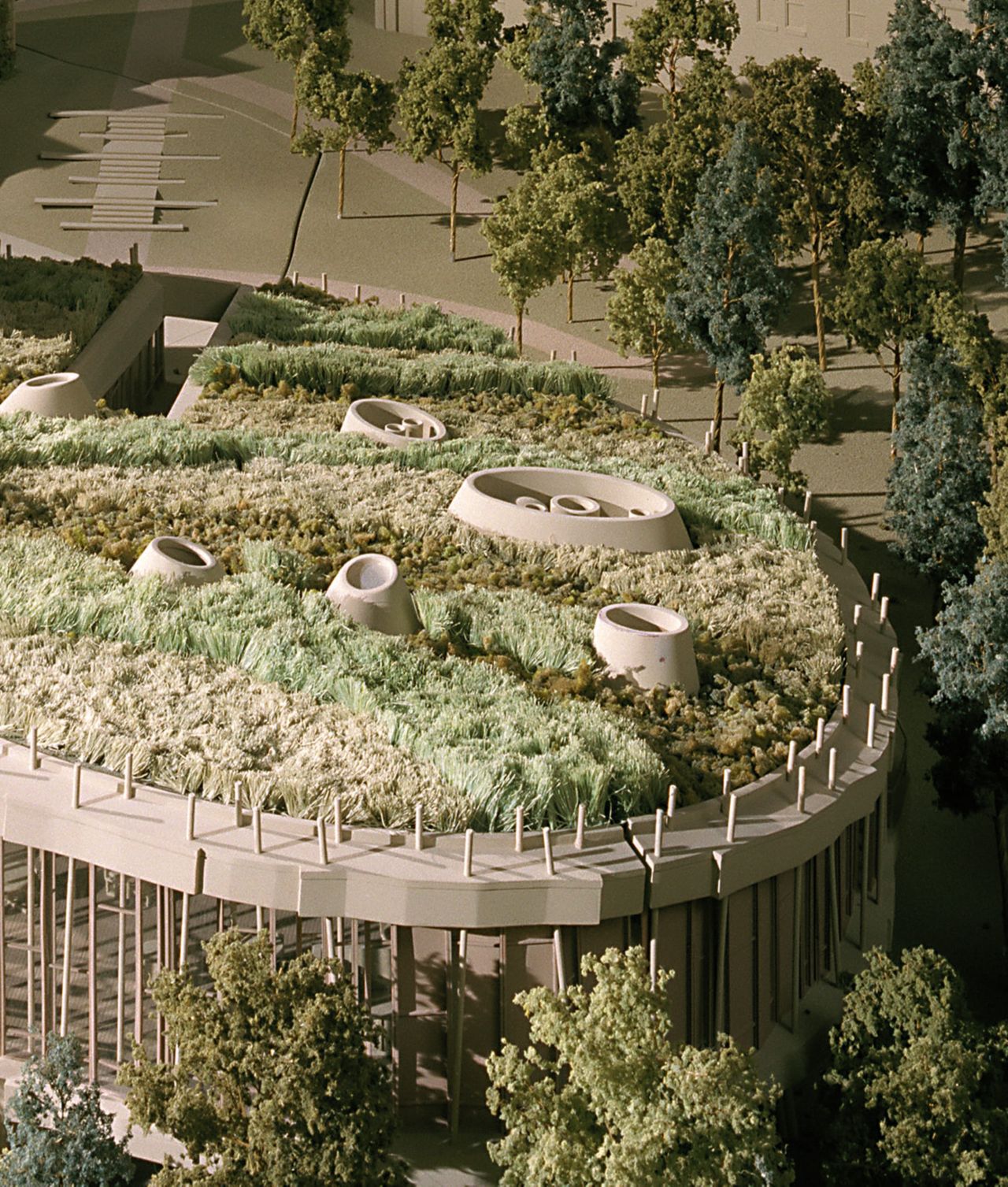 The Atwater Dining Hall serves about 500 residents of Atwater Commons, one of five commons on campus that, in the words of the college, “form the backbone of student life” at Middlebury College. According to the college’s web site, the commons system is based on three fundamental principles: decentralized dining, proximate faculty housing and continuing membership for student residents. 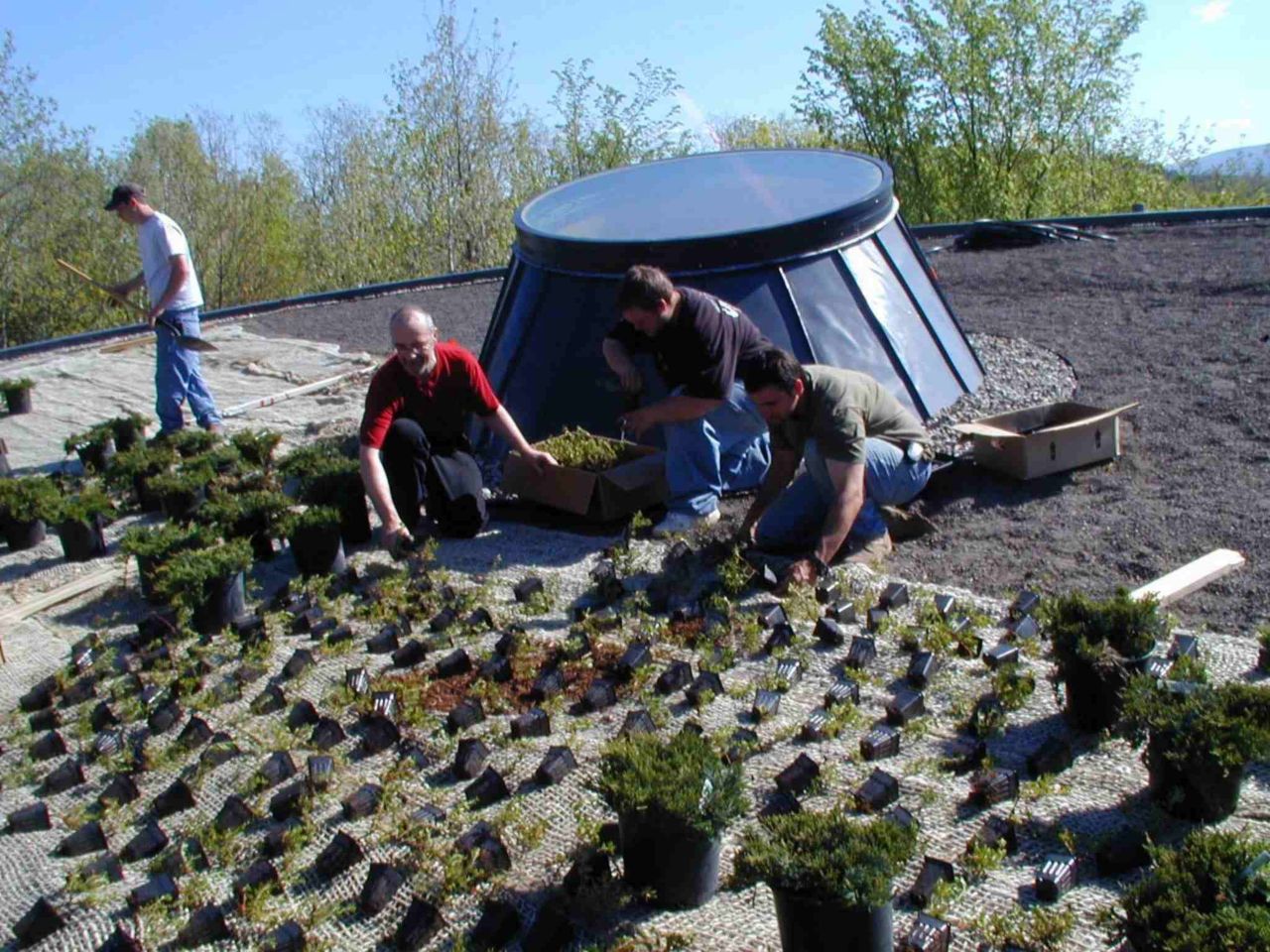 Smith stated that the new Atwater Commons Dining Hall had to meet three criteria. The first was that the design should provide both a complement and counterpoint to the surrounding buildings that were built in the 1920s, the 1960s and the 1980s.

The second was that the building reflect the college’s principles of environmental stewardship. Finally, the building had to use materials with proven technological longevity.

With those criteria in mind, it was decided to construct a building with a sloping green roof whose native and local vegetation would tie in with the surrounding landscape and give the appearance of having the landscape continue up and over the building.

Not only would this green roof meet the college’s environmental standards, but it would also offer technological longevity, explained Smith. “A green roof is a very durable system because the vegetation on the roof protects the membrane from elements such as UV rays, freeze-thaw cycling and repeated foot traffic,” he explained. In fact, some green roofs in Europe have lasted more than 40 years.

A green roof would also be aesthetically pleasing, which was important because the one-story roof is situated between two taller, residence halls, and so is very visible.

Because of the complexity of green roof designs, and the fact that the waterproofing membrane is buried beneath the growth media and vegetation, it was important to find a membrane that would offer long-term watertight protection. According to Smith, three waterproofing membranes were considered: a fluid-applied bitumen, a sheet-applied bitumen and the Sarnafil G 476 membrane.

Smith said there are several reasons why they opted to go with the Sarnafil membrane. “One was that the membrane seams are hot-air welded and don’t rely on adhesives to hold them together,” he stated. “The seams are sealed permanently and provide the best resistance to root penetration of any membrane type. We also liked the fact that Sika Roofing has a long proven history with green roofs in the European market. In addition, Sika’s willingness to collaborate on this project and provide on-site monitoring services gave the owner a degree of comfort that was something we could stand behind.”

Smith added that they were also pleased with the high degree of confidence roofing contractor A.C. Hathorne Company, based in Williston, Vermont, had in the Sarnafil system. As Hathorne executive vice president Dave Hartwell explained, “We recommended the Sarnafil system because we believe it is the best system for the job. We have a long history with them and they are a great company with a great product.”

Another advantage to the Sarnafil system, according to Hartwell, is that the company could provide both the waterproofing membrane for the green roof portion and the Sarnafil Décor Roofing System, which has the look of a metal roof with standing seam profiles, for the exposed portions of the roof. “This meant we had only one single source warranty for both systems, which is a big plus,” Hartwell said. “And, the Décor system was almost 50 percent less expensive than the lead copper system originally specified for the ledge and parapet.”

AN INSTALLATION THAT PUT HATHORNE TO THE TEST

“The biggest challenge was the slope of the roof, which was a 1/12 pitch,” Hartwell stated. “The final test of a green roof before planting is to water test the roof ... but how do you water test a roof that drops 10 feet from one end to the other?” 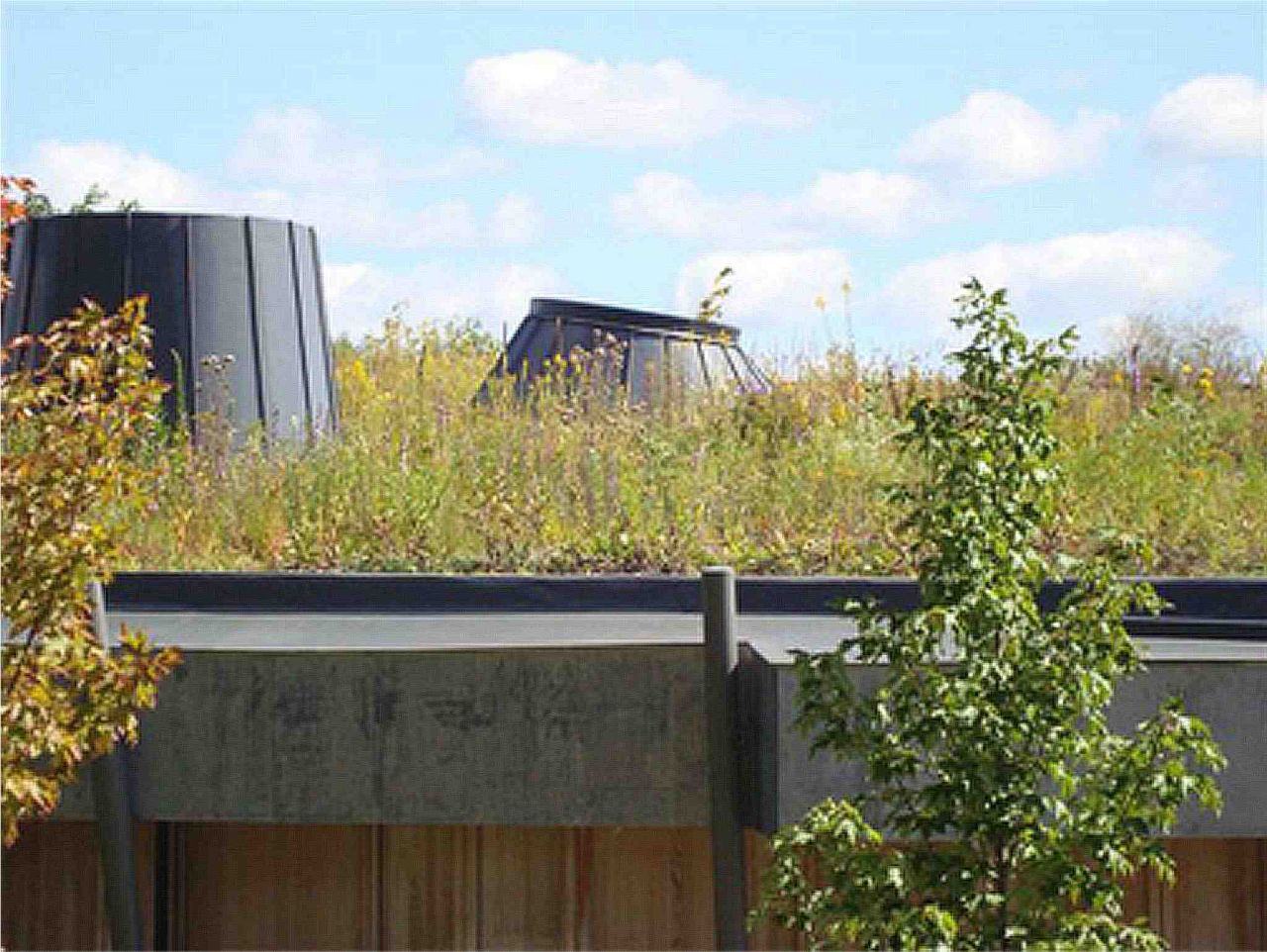 Fortunately, the Sika Roofing technical representative who was on the job site each day to oversee the installation came up with a “really great idea” for testing the roof, according to Hartwell. “We took some of the protection materials and welded them together to create dams. This allowed us to flood the area and check for leaks,” he explained.

Another challenge was installing the Décor system on the parapet. “The 14-inch tall perimeter parapet surrounding the roof was pretty narrow — it is a foot wide, then drops down 14 inches to an exterior ledge approximately two feet wide, which made installation somewhat tricky,” Hartwell said. “We also had some cone-shaped enclosures with the Décor profiles on them, and it took some careful planning to make sure we had them at the correct angle so that they looked right.”

Mark Gleason, project manager in Middlebury College’s Facilities Services department, was on site for much of the installation and was “very pleased with the process.” He said he was particularly impressed by how the green roof is constructed and functions as a system and that it’s much more than just adding soil and plants on a typical roof. He also appreciated that the waterproofing is the critical element of the design and expressed “much more confidence” in hot-air welded seams compared to solvent or adhesive-based seams.

He was pleased with the technical oversight and quality assurance testing provided by Sika’s technical representative. He added that he also liked the fact that the top surface layer of the waterproofing membrane was orange. “If the orange surface of the membrane was scratched or gouged deeply, it would show the underlying gray color of the membrane, thereby making it easier to identify and correct any problems during installation,” Gleason said.

The finished roof received high marks from the architect, owner and contractor. “Sika’s claims of a superior product were backed up not only in the design phase, but also in the construction phase,” Smith stated.“We believe Sika Roofing offers a good value and we have confidence in them and their products. In fact, we’ve specified the Sarnafil system on all green roofs we’ve done since this project. The less we have to worry about roofs, the better off we are.”