Much like Karl “The Mailman” Malone would deliver a thunderous jam following a perfect pass from John Stockton, Noorda BEC recently delivered a gorgeous new solar roof atop a Sarnafil RhinoBond system to the Vivint Smart Home Arena, home of the NBA’s Utah Jazz.

The 202,385-square-foot roof has 2,700 rooftop solar panels and is one of the largest rooftop solar energy systems among indoor sports venues in the United States. The solar roof is expected to produce enough energy to equal the energy generated by 1 million pounds of coal. But as is true in many situations, creating such a winning result was a team effort. In this case, the team consisted of “a great client, an impressive roofing contractor and a fantastic roofing system,” said Jim Rohbock, managing partner for JSR Services, the roof consultant on the winning team. 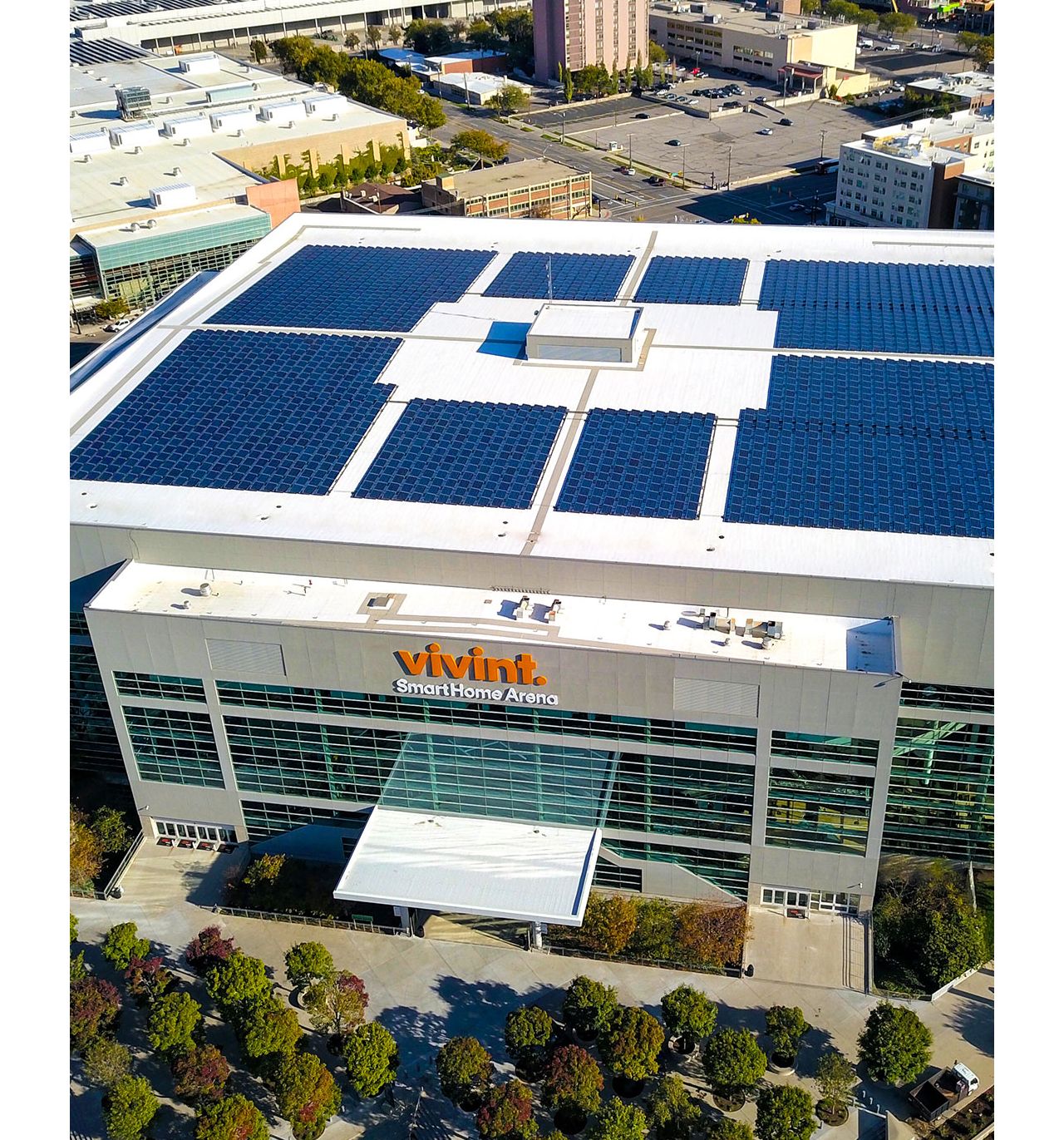 The roofing system drafted for the arena was the Sarnafil RhinoBond Roof System. The RhinoBond system uses Sarnafil’s proven PVC roof membrane, which is attached using RhinoBond’s advanced induction welding technology. RhinoBond secures the membrane directly to specially coated plates that are used to secure the insulation to the deck, all without penetrating the roofing membrane. The result is a roofing system with improved wind performance that requires 25 to 50 percent fewer fasteners and plates.

“We’ve used Sarnafil RhinoBond on a number of projects,” Rohbock said. “The system offers reliability, fast installation and money savings. It’s the best of both worlds. 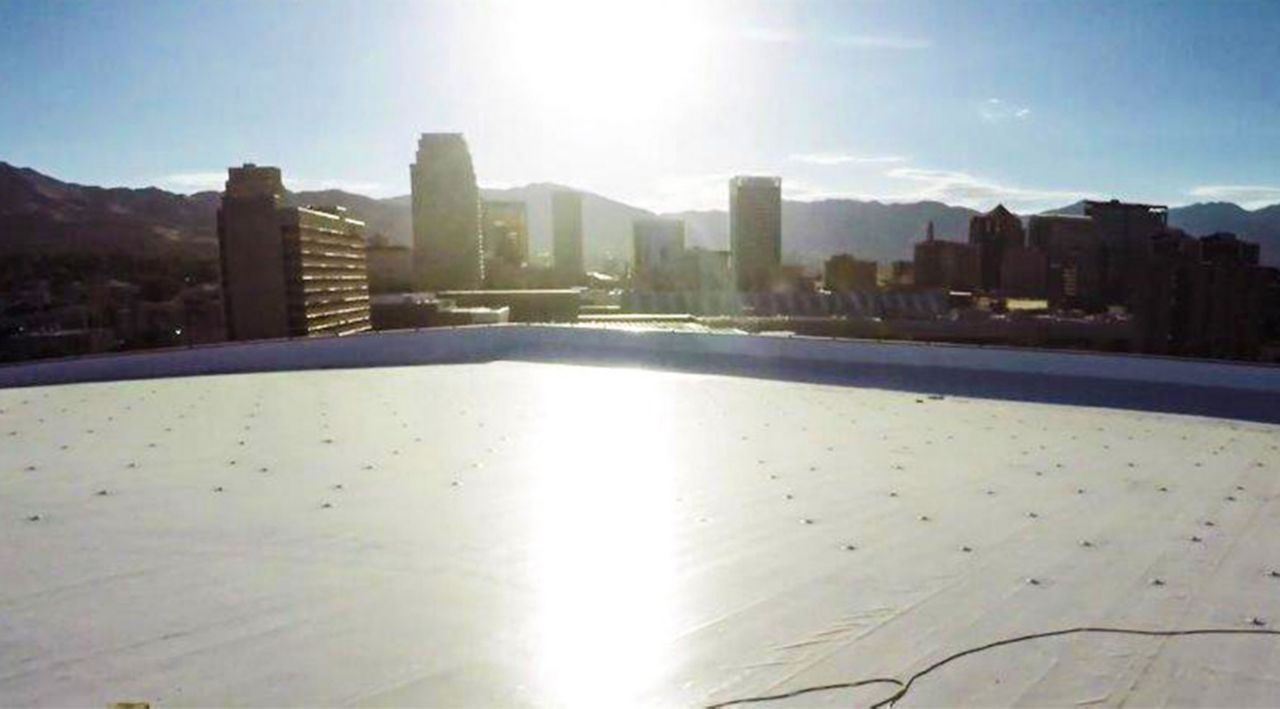 Noorda BEC faced many challenges during the installation, the first being the location of the project. The Vivint Smart Home Arena is located in downtown Salt Lake City between train tracks, an outdoor shopping mall spanning several acres, a parking garage and a busy main street.

“There was very little staging area,” McArthur explained. “We had to work closely with the building owner to coordinate the delivery and removal of materials with a 100-ton crane on the ground and a 50-ton crane on the upper deck. Some days the wind was so strong we couldn’t load materials."

Security and scheduling were other concerns. “We had to get clearance for the job and sometimes had to have an escort,” McArthur said. “We also had to work around all of the events that were being held at the arena. There were times when we couldn’t make any noise and had to quiet down or even stop working.” 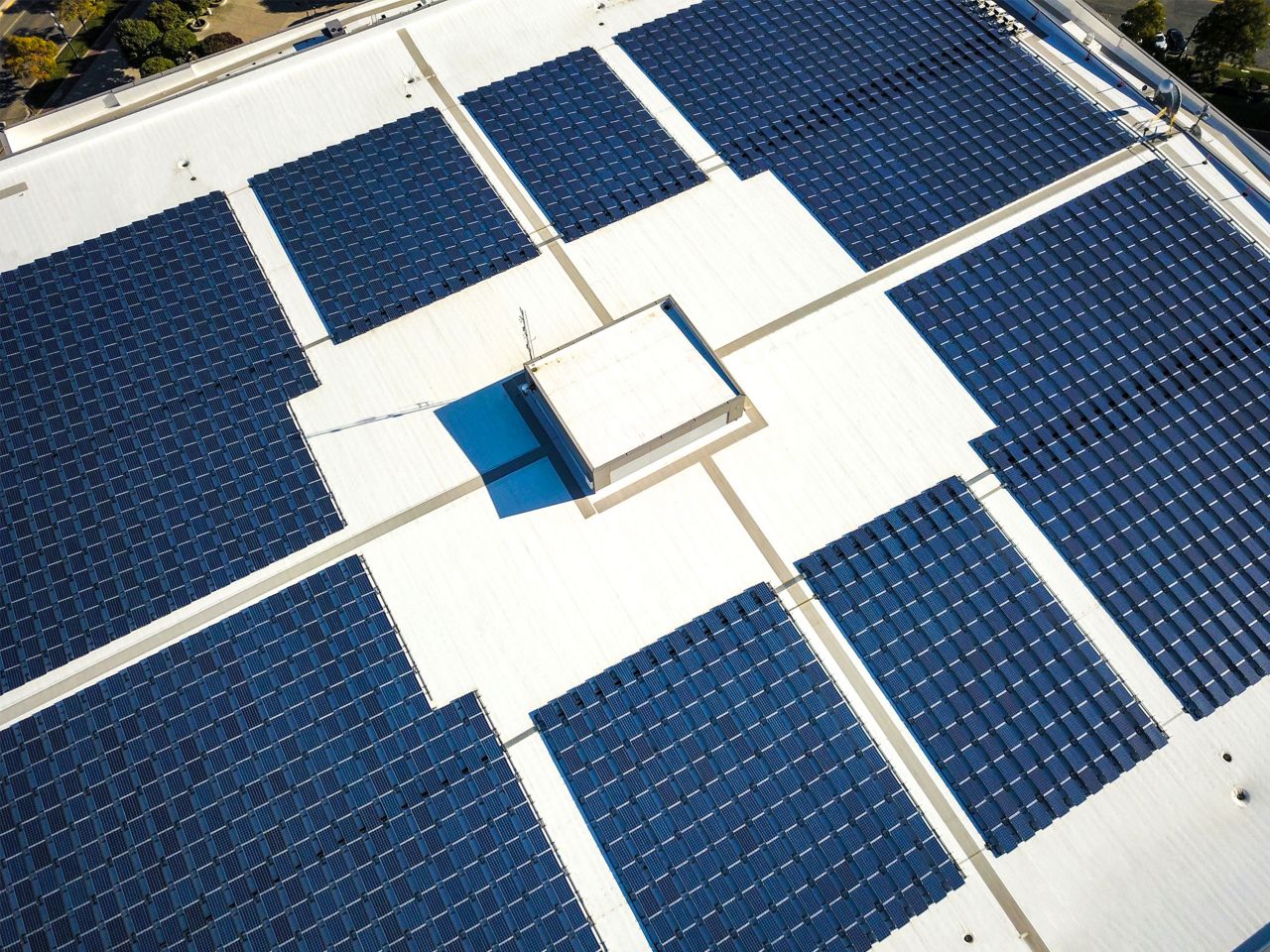 Fortunately, the Sarnafil RhinoBond Roof System helped in many of these situations. Noorda BEC left the existing insulation but tore off the existing membrane and the cover board. They then put down another layer of insulation and the Sarnafil membrane using the RhinoBond induction welding technology. Noorda BEC also had to install OMG Roofing Products’ PowerGrip solar roof mount system on the roof, which the solar installers used to attach the solar panels to the roof.

“Installation with RhinoBond is about 20 percent faster than installing a fully adhered system,” stated Rohbock. “On this project, they were able to increase production from 3,500 feet a day to 5,000-8,000 and all the way up to 15,000 feet per day, which meant they were able to put down a lot of roofing between the different events taking place at the arena.”

“RhinoBond lets you lay out a large amount of roof and fasten it in place,” McArthur said. “This means you can take off a section of the old roof and lay down the new roof very easily.” 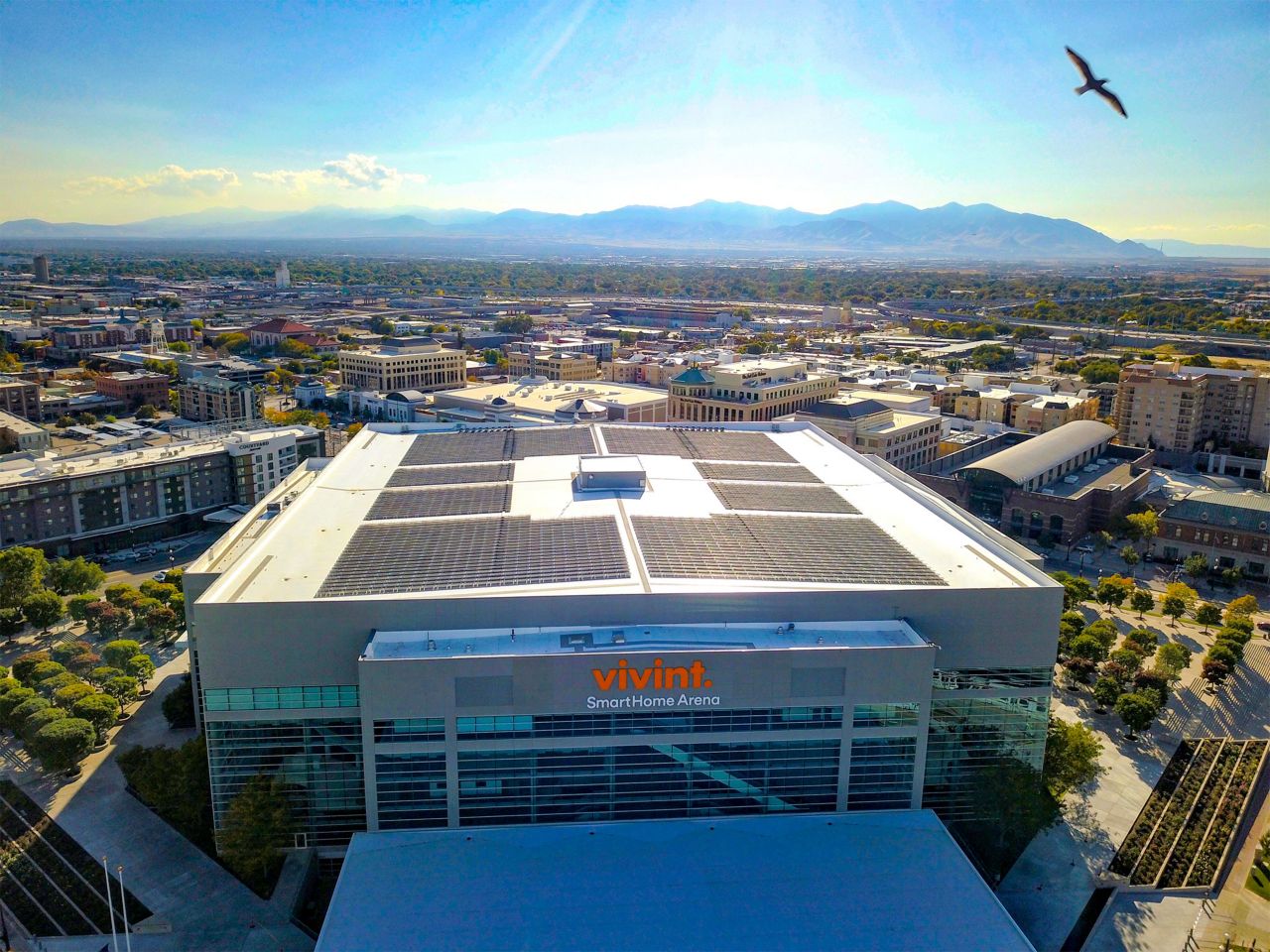 Today, everyone is a fan of the new roof. “The roof looks beautiful,” Rohbock said. “This was a unique and well-orchestrated project without many hiccups thanks to teamwork and the Sarnafil RhinoBond system.”

“The roof is performing very well so far, even during the winter,” Galileo added.

When the final buzzer sounded on the project, Noorda had delivered a stunning new sustainable roof that even The Mailman would be proud of – and this time, the assist came from Sika Roofing.