When a hail storm severely damaged the roof of the H-E-B Retail Support Center in San Antonio, Texas, the entire roof had to be replaced.  Not only was the roof huge -- 1,273,909 square feet -- but it also featured a grocery list of challenges.  Fortunately, Beldon Roofing Company of San Antonio and the RhinoBond Sarnafil roofing system were up to the task.

One challenge Beldon did not have to face was shopping for a roofing system. The H-E-B supermarket chain has been using the RhinoBond system for many years, and stayed with that system for the replacement roof on this facility.  This RhinoBond system uses Sarnafil’s proven PVC roof membrane, which is attached using RhinoBond’s advanced induction welding technology.  RhinoBond secures the membrane directly to specially coated plates that are used to secure the insulation to the deck, all without penetrating the roofing membrane.  The result is a roofing system with improved wind performance that requires 25 to 50 percent fewer fasteners and plates. 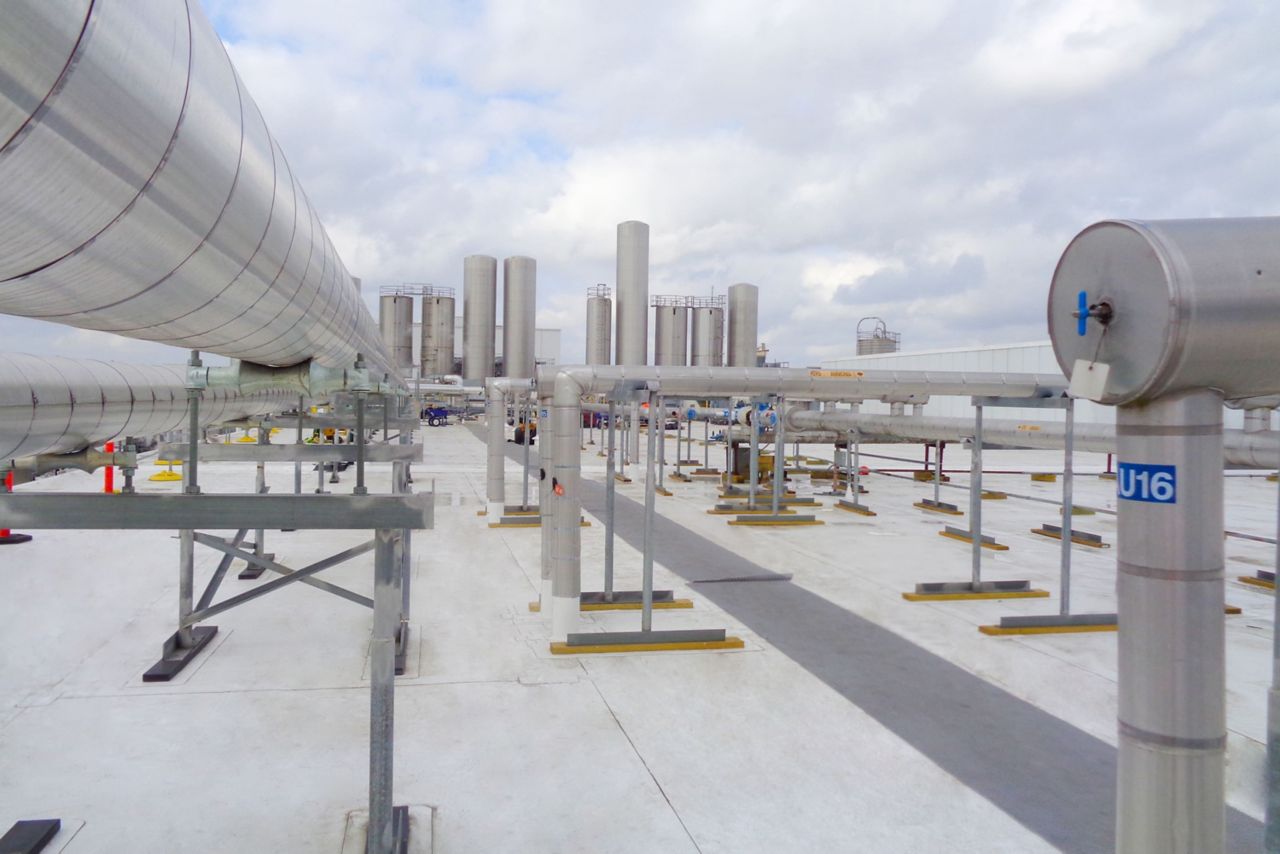 Selecting the right roofing system was important because the building is H-E-B's main distribution center and includes a dry goods warehouse, seasonal goods warehouse, milk plant, ice cream plant, bakery, meat plant, cold storage warehouse, and a quality assurance lab.   "H-E-B has had Sarnafil on its facilities for a long time and appreciates the performance of the membrane and the extra level of support from the Sika representatives," said James Goodwin, vice president of sales at Beldon.

One of the first issues Beldon faced was access to the roof.  The entire perimeter of the service center is lined with dock doors, which made close coordination crucial to gain access to the edge for roof material loading and debris removal.  "The building is active 24/7 so there are continuous deliveries coming in and shipments going out," stated Goodwin.  "We were in constant communication to coordinate where we were going to be on the roof perimeter so as not to interfere with activities going on the dock below us."

"MOST CONGESTED ROOF I'VE EVER SEEN"

The roof is also extremely congested with ammonia lines, condensate lines, electrical lines, and mechanical equipment, making the roof installation very difficult.  "It was the most congested industrial roof I've ever seen," said David Mack, owner/president of Primero Engineering of San Antonio, the structural engineering firm on the project.

"Some areas of the roof -- like on the area above the ice cream plant --  were so congested that you couldn't walk on it because there were so many pipes," Goodwin commented.  "In fact, you couldn't even measure it with a laser.  Fortunately, we were able to use smaller RhinoBond tools on those areas."

The cooler building, where milk and other "cool" products are stored, also posed problems during the roof installation.  In recent years, the temperature of the cooler had been decreased, and while at roughly the same time penetrations through the roof deck, and penetrations in the wall between the warm dock area and the cooler were done, allowing warm air to infiltrate the cooler, causing condensation and ice to form.

"There was a building expansion joint right in the middle of the dividing insulating wall between the cools, and you had a cool roof on one side and a hot roof on the other side," Mack explained.  "The thermal envelope was broken at the joint, and the metal deck rusted along that 300-foot-long expansion joint."   Beldon had to replace the roof deck on both sides of the joint, being careful not to disturb the 34 degree temperature inside the cooler.  "Beldon needed to keep the roof over the cool space tight the entire time, and open it up quickly and close it right away," Mack added.

"When you have food grade products below, you can't have debris falling inside the building or any leaks, which was another challenge," Goodwin said.

Since the thickness of the roof insulation was increased, all of the metal stands which supported the ammonia lines, electrical conduit, and control wiring had to be cut, rewelded, and galvanized, all while the plant was in operation.  All of the penetrations through the roof deck and the interior wall were sealed with foam insulation to prevent air infiltration which would cause condensation or ice to form.

Despite all these issues, Beldon Roofing company's professionalism and attention to detail earned Beldon first place in the Low Slope Category of Sika Sarnafil’s 2017 Project of the Year competition.  "Beldon did a very good job," Mack remarked.  "I was very pleased with them." 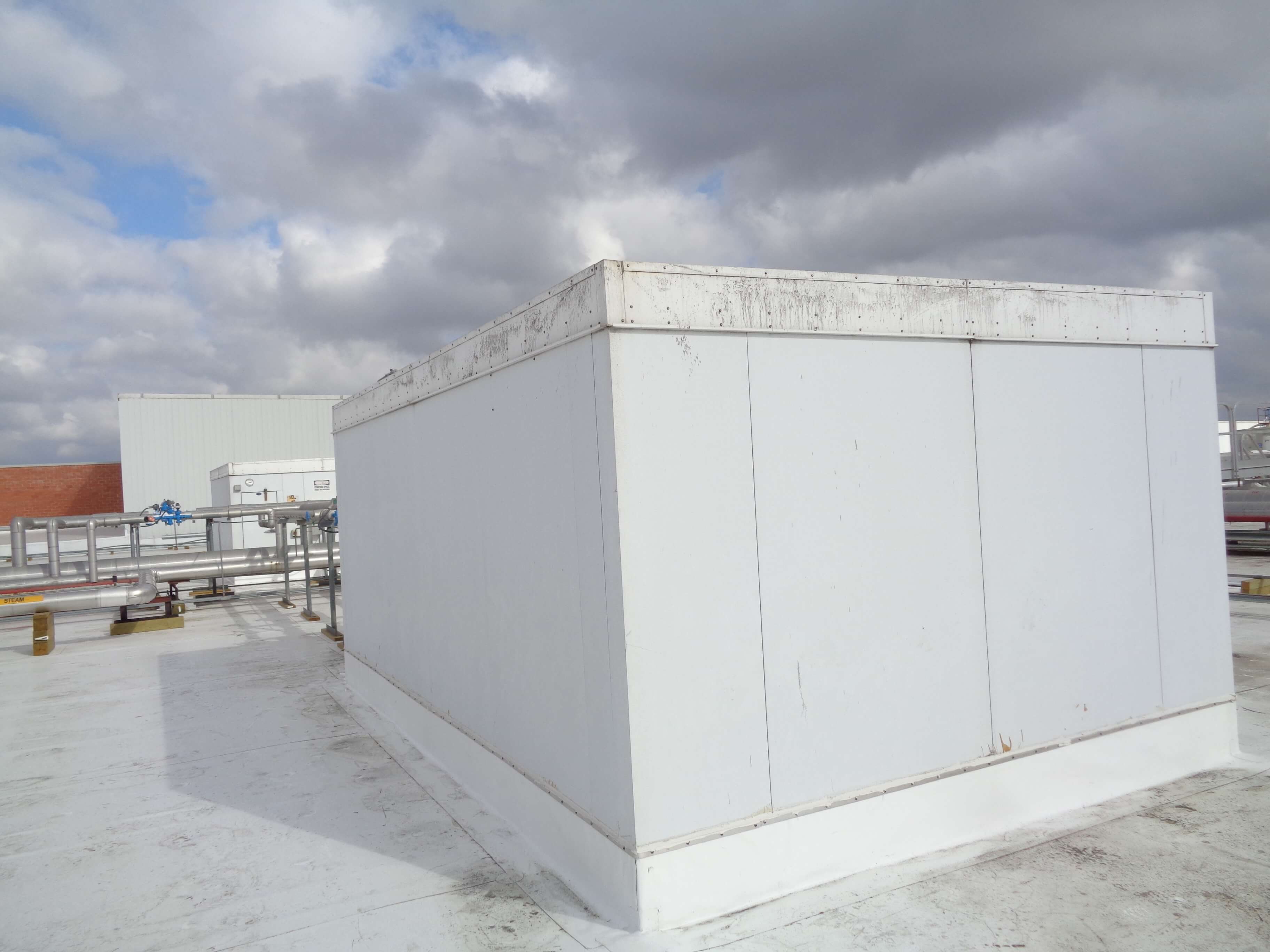 Today the roof is leak and problem free.  "From everything I've heard the roof is performing well," Mack said.